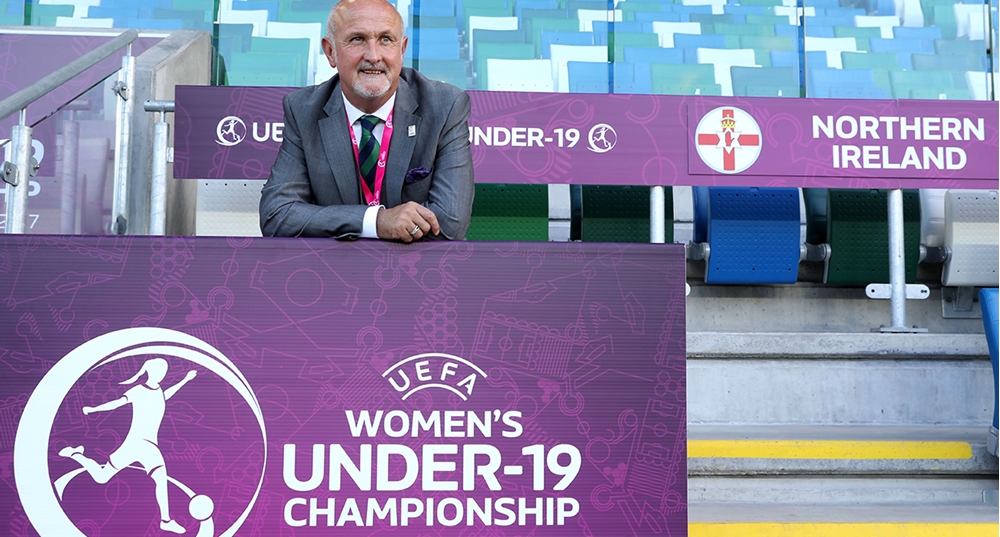 Northern Ireland National Women’s Manager, Alfie Wylie, believes that his team showed great character as they lost narrowly to Spain in their opening game of the UEFA Women’s Under-19 Championship.

His side conceded either side of half-time as they battled against a country that made the final of the competition the last time that it was played.

However, with a record crowd for a women’s match of more than 4,000, Wylie believes that the night could prove to be ground-breaking for women’s football in the country.

You can watch the full interview with Alfie Wylie in the video at the top of the page.