Institute FC and Ardstraw FC to be offered assistance 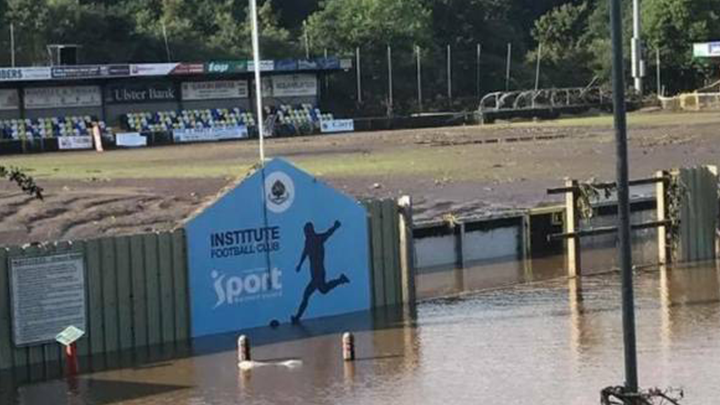 At Institute’s Riverside Stadium in Drumahoe the pitch, the changing rooms and the stands were all badly affected while in County Tyrone, water engulfed Ardstraw FC’s perimeter fencing, pitch and changing facilities.

“Both these clubs have been hugely affected by last night’s floods and the damage caused has been devastating.

“We have been in contact with representatives from both Institute FC and Ardstraw FC and have offered any assistance that the Irish FA can give to help the clubs rebuild and recover.”