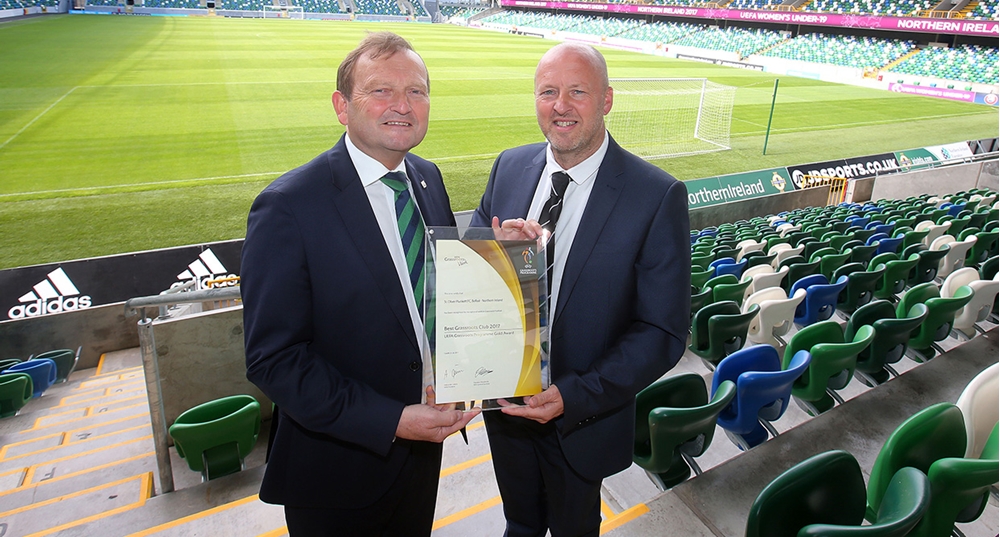 Belfast-based club St Oliver Plunkett has been nominated for a UEFA gold award in the Best Club category in the 2017 UEFA Grassroots Awards.

St Oliver Plunkett is a youth-focused club which uses football as a medium to develop young people from a disadvantaged community to give them a sense of belonging and pride.

The club has over 500 playing members and has seen huge growth over recent years among females, people with a disability and ethnic minorities.

Irish FA President David Martin said: "Firstly, it is fantastic recognition for the club and the work that they do in the community. This is a much-coveted award and to be nominated shows that their grassroots work isn’t just the best in Belfast, or the best in Northern Ireland, but among the best in Europe."

He added: "I’m pleased for the club but I also believe that this reflects really well on the Association and the work that our regional grassroots development officers do across the country. I hope that this award will inspire other clubs to work with our GDOs to deliver for their players and for their communities."

You can watch the full interview with Irish FA President David Martin and club representative Neil McKee in the video at the top of the page.