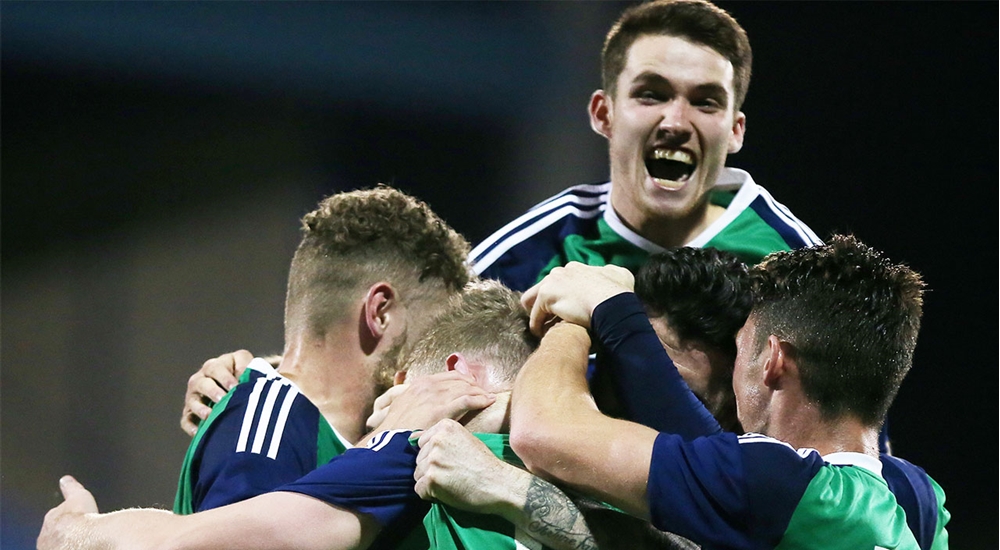 Liam Donnelly was the hero again as his last minute penalty gave Northern Ireland a 1-0 win over Albania tonight at Mourneview Park.

Ian Baraclough’s team looked to be playing out a 0-0 draw but a dramatic late winner proved the difference between the sides.

The first half started slowly for both teams as Albania pressed forward and a cross from Albi Doka from the right wing landed awkwardly for Fiorin Durmishaj who tried a spectacular overhead kick from 12 yards out which went well wide of Conor Mitchell’s goal.

Mid-way through the first half Northern Ireland had their first chance as David Parkhouse had could haveput  Baraclough’s men ahead when he capitailsed on a defensive miscommunication in the Albanian box, but unfortunately his shot was deflected over the bar.

Shortly after Northern Ireland were appealing for a penalty as Paul Smyth went down in the box having been outmuscled by Shaqir Tafa, bit the referee waved play on.

Smyth had a great chance on the stroke of half time as his shot from a Ben Doherty cut-back went wide of the target.

Much like the first half, the second started slowly for both sides as Northern Ireland were restricted to a long-range free kick from Jordan Thompson which went just wide of the right post.

Albanian midfielder Durmishaj should have given the away side the lead on 63 minutes as he put a free header over Mitchell’s crossbar.

As Northern Ireland pressed for a winner Dale Gorman went close with a free kick on the edge of the area from a very tight angle as his shot looked to be nestling in the top corner.

Northern Ireland got their rewards deep into stoppage time as Smyth was bundled over in the area as he ran through on goal. Skipper Liam Donnelly was first to put his hands on the ball and coolly slotted low to the right of the keeper to give Baraclough’s men the three points. Albania’s Keidi Bare was sent off during the incident.

The win puts Northern Ireland top of their group with six points. 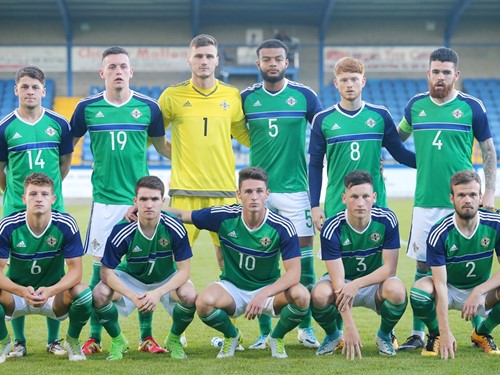 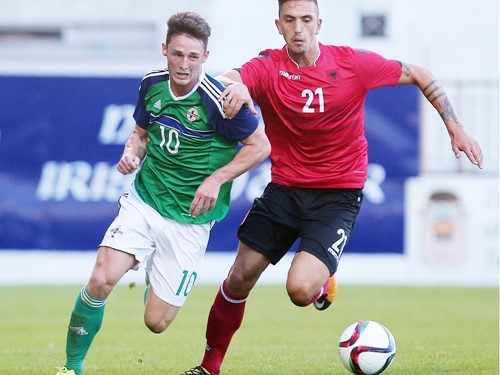 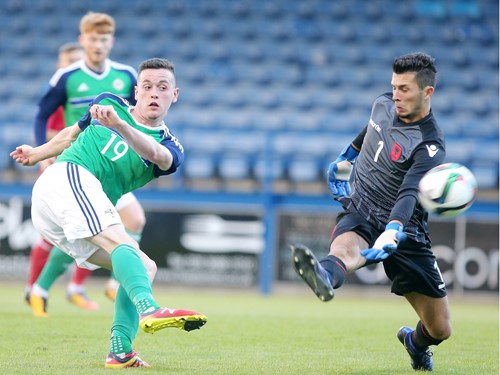 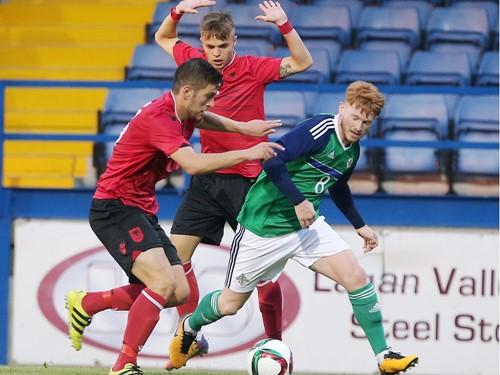 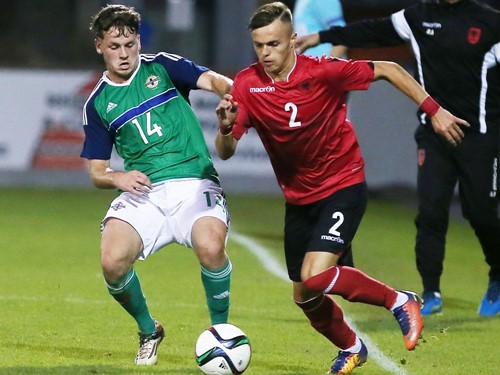 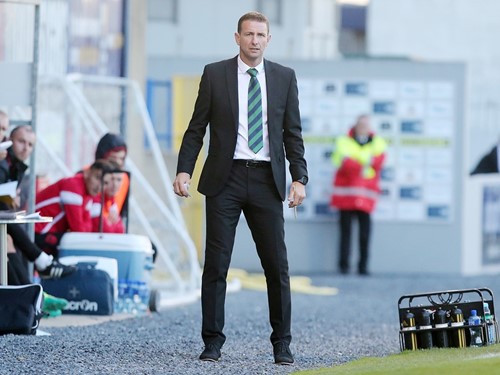 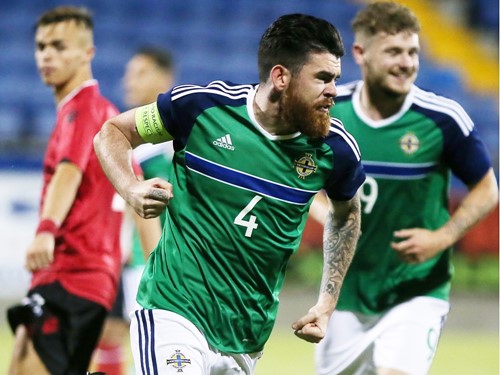 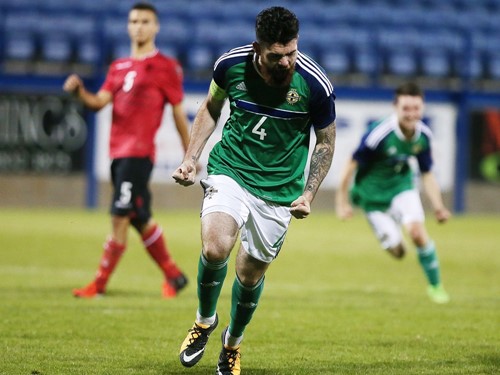 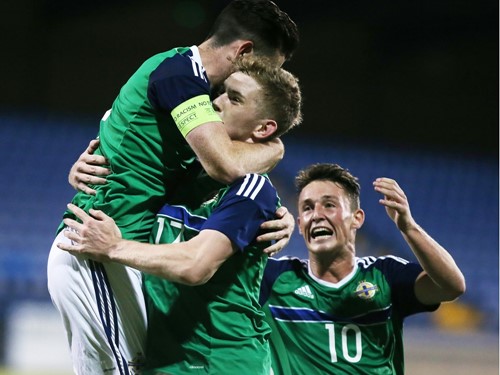 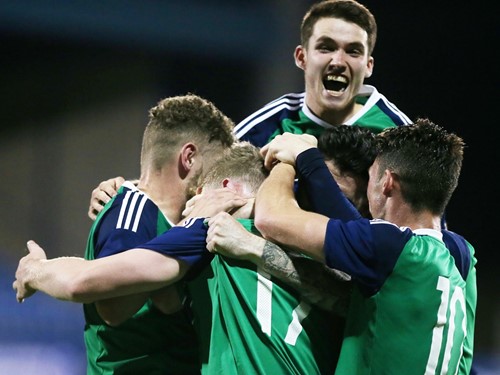