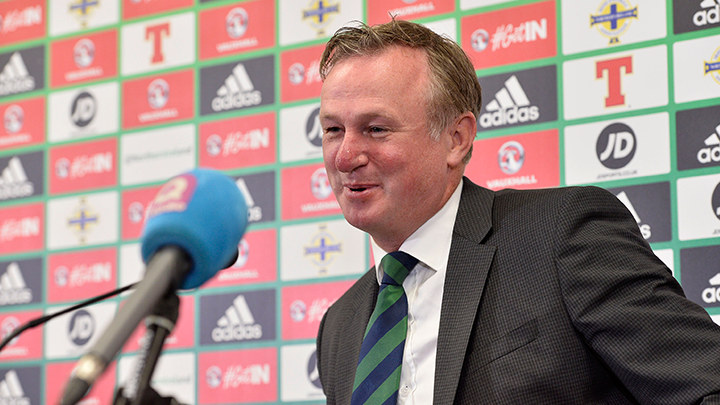 Michael O’Neil has named a 25-man squad to face San Marino and Czech Republic in the latest round of FIFA World Cup qualifiers.

Northern Ireland will be without Jamie Ward, Gareth McAuley, Liam Boyce and Paddy McNair through injury as O’Neill looks to secure second place in Group C.

O’Neill said: “We’re not in a position where we can take San Marino lightly. We have to win the game, simple as that. We’ll pick a team that we think can win the game and then we’ll think about the second game after we’ve hopefully won the first game.

Northern Ireland face San Marino away on Friday 1 September before a clash with third-placed Czech Republic in Belfast on Monday 4 September.