Tyrone side win penalty shoot-out against the Crues 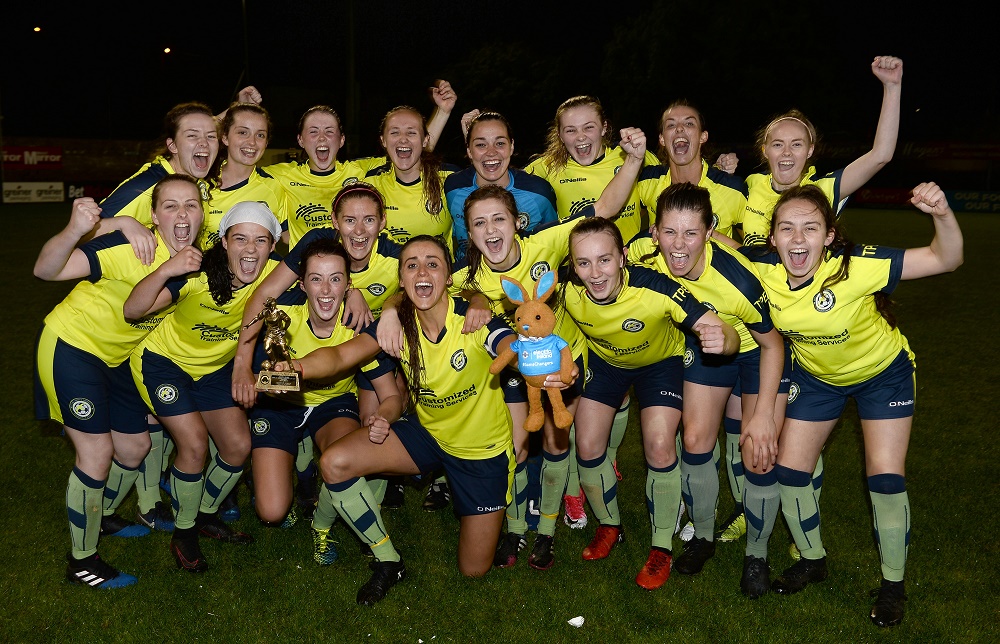 The teams were level at one apiece after 120 minutes of action in last night’s semi-final at Stangmore Park in Dungannon but Sion held their nerve during sudden death spot-kicks to secure victory.

The 8-7 win on penalties means Sion will now meet Newry City Ladies in the decider at the National Football Stadium at Windsor Park on 7 September.

The game in Dungannon kicked off under a slight mizzle which gave the ball an added zing when played on the immaculate surface.

This encouraged both sets of players to produce an end-to-end encounter but, as the first half progressed, Sion started to edge the possession and gain control.

Indeed Swifts seized the advantage on 26 minutes after skipper Kendra McMullan connected with a corner to send a looping shot into the net despite the best efforts of Crues keeper Leigh Skelton.

Crusaders attempted to get back on level terms almost immediately but found Swifts more than capable of soaking up the pressure.

After the break Sion keeper Niamh Mailey was called into action early on to make a fingertip save.

As conditions worsened, credit must be given to both teams for producing an entertaining game in a full scale downpour.

Then, as the rain eased, Crusaders levelled through Julie Nelson who unleashed a blistering free-kick which gave the despairing Mailey no chance.

Sensing victory, Crusaders continued to press but found the Swifts keeper on top of her game and equal to anything they could throw at her.

At the other end McMullan almost snatched victory for Sion only to be denied by a wonder save from Skelton.

Extra-time came and went with neither side able to gain an advantage.

That meant the dreaded penalty shoot-out, and even then there was nothing between the sides with the scores tied at 4-4 after the initial series of spot-kicks.

And so on to sudden death ... and another three rounds of successfully dispatched penalties.

Then Heather Means failed to convert for the Crues meaning that Catherine Hyndman had the chance to win the tie for the Tyrone side, which she duly did after calmly stepping up to slot the ball past Skelton.

Sion were jubilant in their victory but credit must go to both sides for their workrate and commitment. 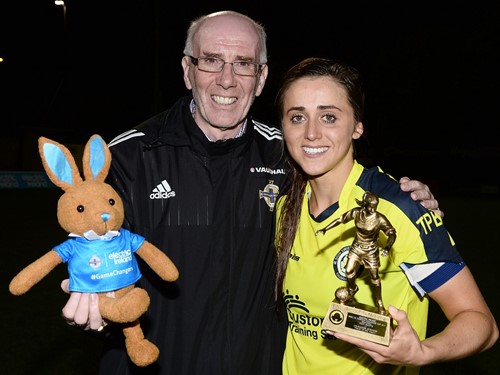 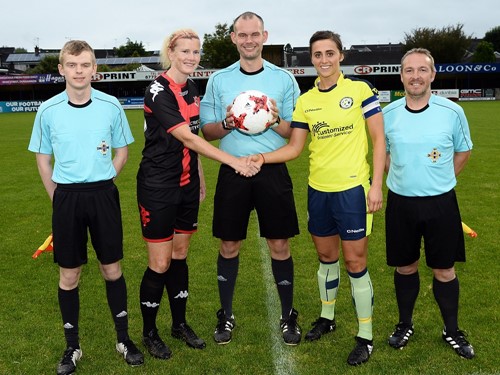 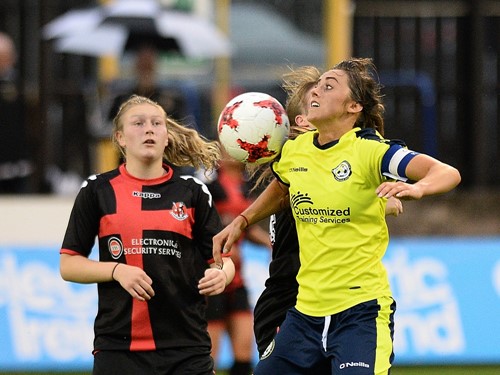 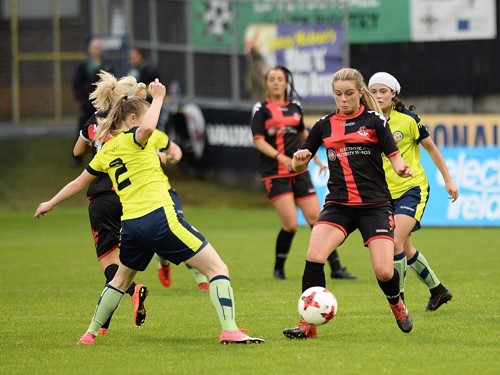