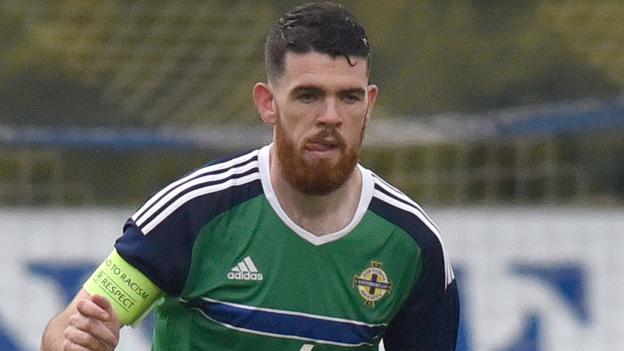 Northern Ireland U21s face Albania at Mourneview Park on Thursday night (kick off 19:30) aiming to make it two wins out of two in EURO qualifying.

The squad recorded a famous away win in the opening round, beating Estonia 2-1 in Tallinn. It will also be the first match on home soil for new Northern Ireland U21 manager Ian Baraclough.

Baraclough has made seven changes to the squad that started the campaign so strongly. Celtic goalkeeper Conor Hazard, who trained with the senior squad earlier in the year, is included as are Derry City defender Ben Doherty, QPR’s Charlie Owens, Conor McKendry from Ipswich Town, Jamie McDonagh of Sligo Rovers, Stevenage’s Ben Kennedy and St Johnstone’s Kyle McClean.

Ian Baraclough said: “We will need to be at our best if we are to add to our three points gained in Estonia and give ourselves what would be a great start to this tough campaign ahead. The likes of Slovakia, Iceland and Spain are also in our group and will provide stern tests for us in the future, but we will be taking it one game at a time.” 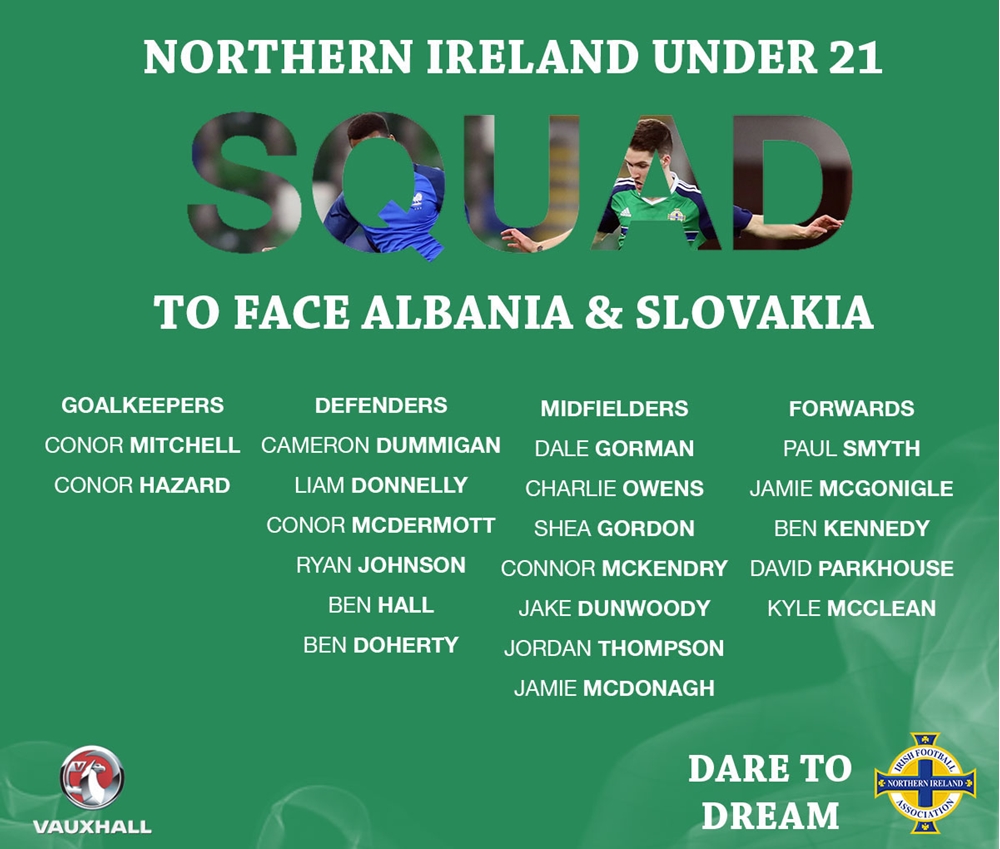