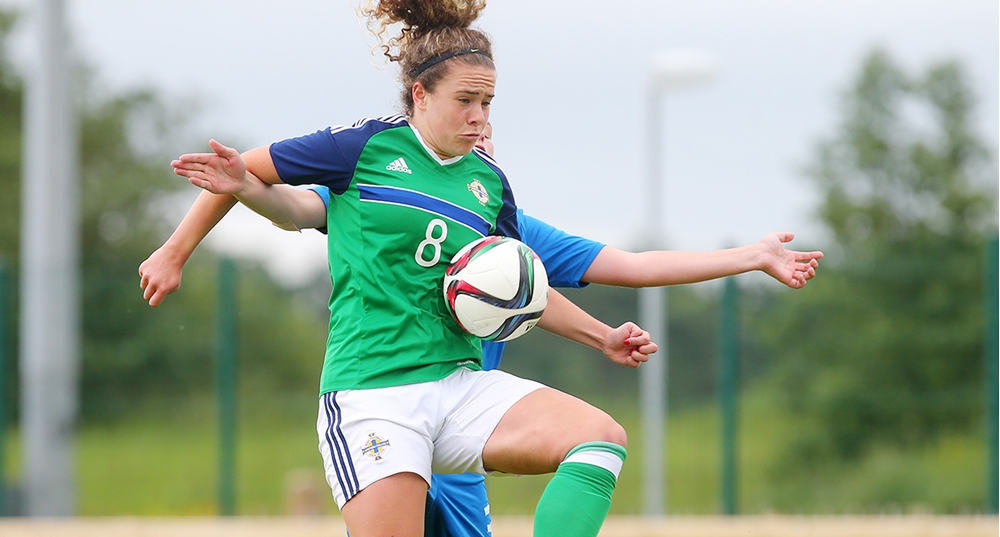 Northern Ireland Under 19 Women midfielder Brenna McPartlan says the team are feeling optimistic ahead of their crunch 'derby' tie against Scotland on Friday at Mourneview Park in Lurgan.

The team put in a valiant performance against Spain on the opening day of the tournament, losing in a 2-0 defeat at the National Football Stadium at Windsor Park.

McPartlan ran over 14 kilometres against Spain (including the warm-up) on Tuesday night.  She told us "Lot's of running, it was tough but we just kept going.

"The girls are in a really positive mood after the match against Spain."

"They are fitter and stronger than they ever were. The distance that they run (against Spain) shows they have improved.

"The pitch (at Mourneview Park) isn't as wide as Windsor so hopefully we can get in their faces and cause them a lot of problems."

You can watch the full interview with Brenna and Noel in the video at the top of the page.

Northern Ireland vs Scotland kicks off at 7pm at Mourneview Park in Lurgan Friday 11 August.  You can get your tickets by clicking HERE.