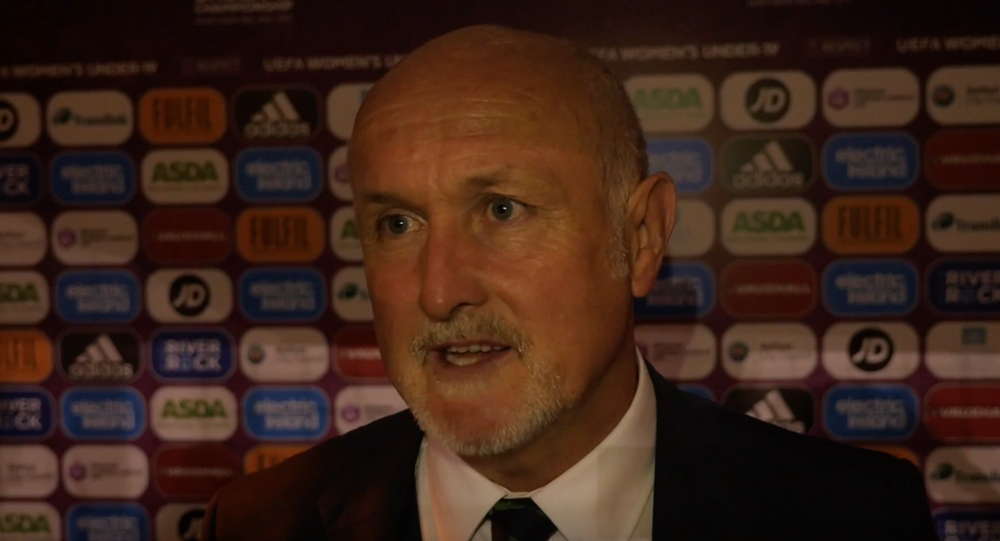 Northern Ireland Women’s International Manager, Alfie Wylie, has spoken of his pride in his players despite them bowing out of the UEFA Women’s Under-19 Championship at the hands of Germany.

His side made history by becoming the first Northern Ireland team to score and secure a point in a major finals and Wylie believes their legacy will be that more young girls in the country take part in the game.

He also believes that in many ways his players were the stars of the tournament given the huge support that the received and that many or the Under-19 squad will go on to represent Northern Ireland at senior level in the future.

You can watch the full interview with Alfie in the video above.