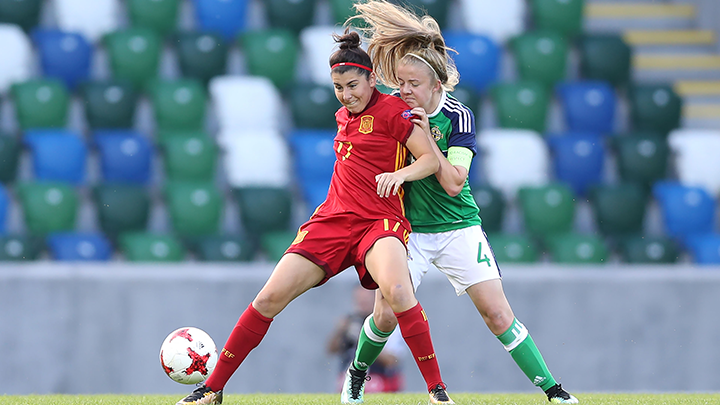 Northern Ireland Women's Under-19 Captain Emma McMaster was in a positive mood after their defeat against Spain in the European Women's Under 19 Championship.

Emma said "The crowd were really helping the girls, it was a great performance in front of so many people and it's great for women's football in Northern Ireland.

She went on to say "We'll take a lot of confidence out of this game because we know we did so well for long periods in the game."

You can watch the full interview with Emma in the video at the top of the page.