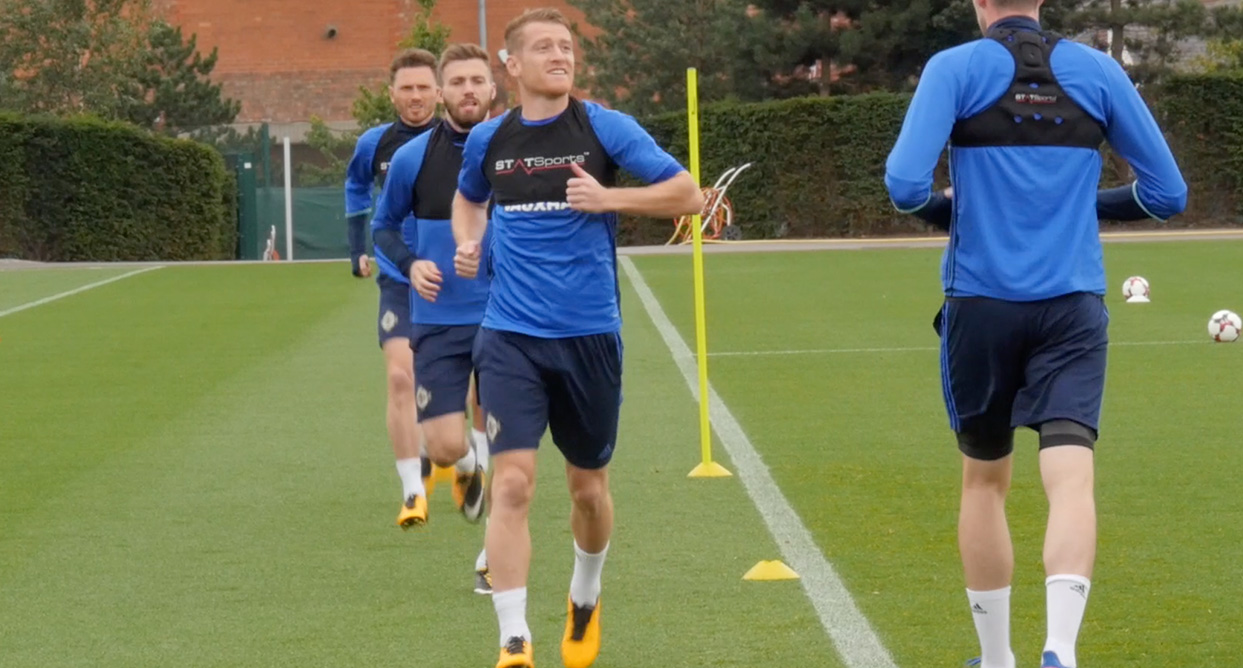 Northern Ireland trained at the Etihad Campus in Manchester today as they continued preparations for their FIFA World Cup qualifier against San Marino on Friday.

The squad will train at the complex again tomorrow (Wednesday) before flying to San Marino the following morning.

Northern Ireland currently sit second in Group C, five points behind leaders Germany and four points clear of Czech Republic in third, who they face at the National Football Stadium at Windsor Park on Monday 4 September.

Six points from the matches against San Marino and Czech Republic would secure a second place finish and play-off spot for Michael O’Neill’s team.

Click the image at the top of this page to watch today's video from training.