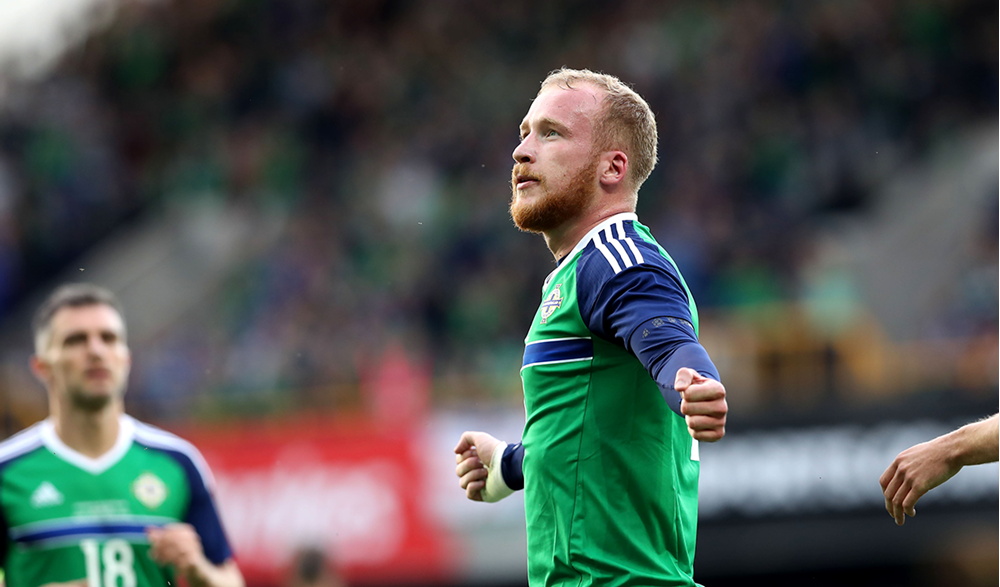 Burton Albion striker Liam Boyce looks set to miss the majority of the 2017/18 season after rupturing his anterior cruciate ligament in a pre-season friendly at the weekend.

The former Cliftonville player, who became the Championship side’s record signing when he joined them in June from Ross County, was stretched off in the 1-0 defeat at Shrewsbury on Saturday.

Burton boss Nigel Clough stated after the match at New Meadow: “It was an innocuous incident he just put his foot down and felt something in his knee.”

However, Albion confirmed on their official website that the 26-year-old would be absent for most of the campaign.

“He went for a scan on the injury (on Monday night), which has revealed a left knee rupture,” the club reported.

“The ACL injury is expected to keep the Northern Ireland international on the sidelines for most of the season.”

Boyce scored 24 goals in 40 appearances in all competitions for Ross County last season leading to a host of clubs clamouring for his signature this summer before he finally penned a deal with the Brewers for an undisclosed fee.

After missing out on EURO 2016 he forced his way back into Michael O’Neill’s plans and scored his first international goal in the 1-0 victory over New Zealand at the National Stadium in June.