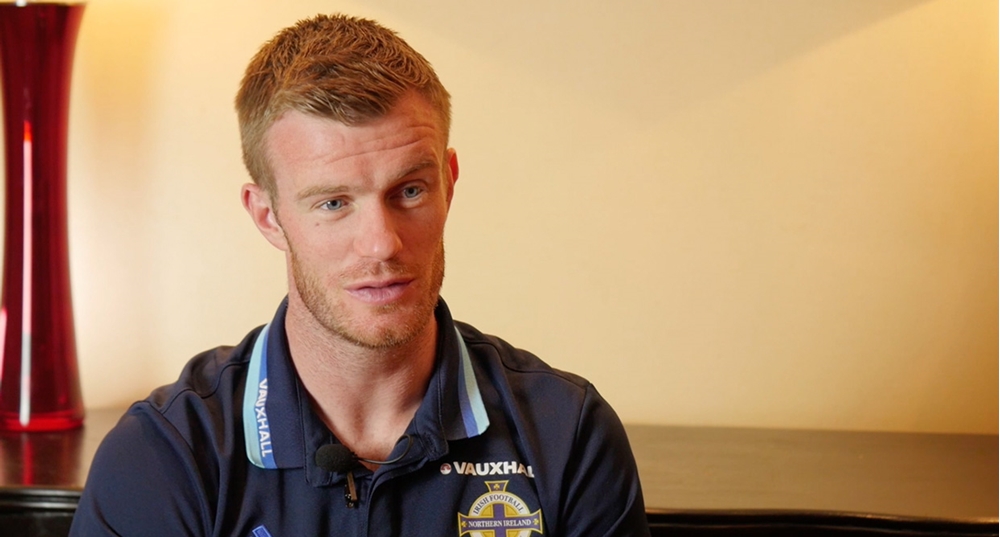 Now, eight years later, the midfielder says the important thing when the two sides meet each other in  a FIFA World Cup qualifier on Friday night is that Northern Ireland take home three points.

“I can’t guarantee any goals anymore. I used to score a few goals when I was a bit younger, but that’s not really been my game the last few years," said Brunt.

“It would be lovely to get a goal but obviously it’s not always as easy as that, it’s more important that we make sure we win the game.”

Click the video at the top of this page to watch the full interview.

Instagram users can follow @northernireland for exclusive behind-the-scenes footage from the Northern Ireland camp ahead of the matches against San Marino on Friday and Czech republic on Monday.