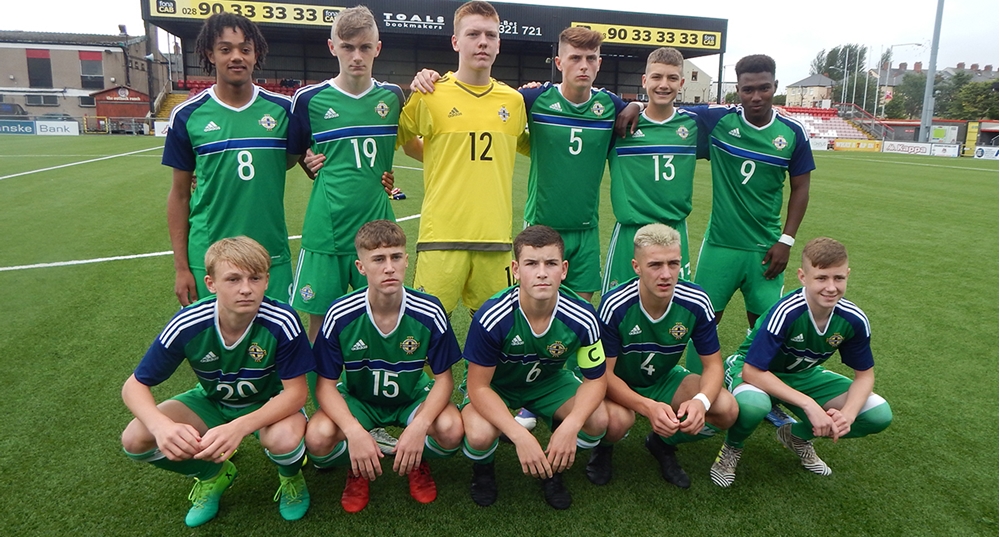 The Northern Ireland Under-16 team completed the double over Estonia and maintained their unbeaten record for the season with a comprehensive 4-1 victory at Seaview.

There was little between the teams in the early stages but after 27 minutes Alberto Balde caused panic in the visitors' defence and Kristjan Stuff handled the ball. George Tipton, son of Warrenpoint Town manager Matthew Tipton, stepped up to blast the spot-kick into the roof of the net.

After the break Estonia came more into the game and Rudhan Hughes did well to keep out a fierce free kick from Patrick Veelma, while Aleksandr Sapovalov was narrowly off target with a long range effort.

Shortly after that Estonia deservedly drew level when Sapovalov, who had scored for the visitors in their 3-1 defeat against the Northern Ireland U16s at Comber on Monday, netted with a close range header.

At this stage it looked as if Estonia would go on to record their first success at U16 level against Northern Ireland but gradually the home team regained control and after 78 minutes Chris McKee found the net when put through by Jack Scott.

Two minutes later Peter McKiernan extended the lead with a spectacular effort as the lively striker twisted and turned his way past two defenders before unleashing an unstoppable drive into the top corner.

In stoppage time Scott completed the scoring with a 25-yard effort which gave the Estonian keeper no chance.

The Under-16 Schoolboys team can expect a sterner test when they travel to Finland next month for two games in Jyvaskyla.