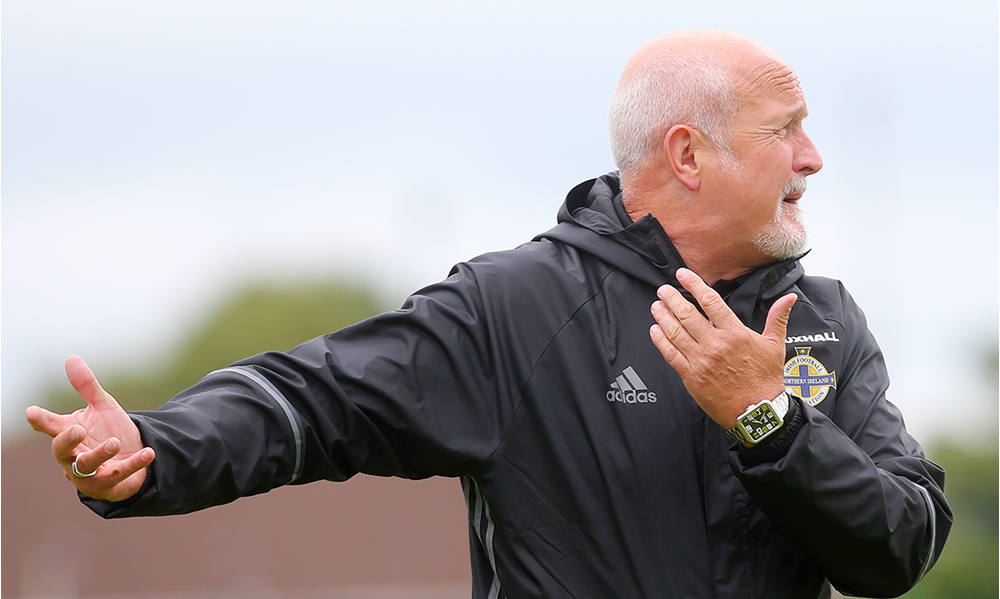 Northern Ireland Under 19 Women’s manager Alfie Wylie has spoken of his excitement ahead of this week’s UEFA European Championships.

Wylie will lead his side out against Spain at the National Football Stadium at Windsor Park tonight at 7pm as months of preparations and planning finally come to fruition.

Northern Ireland find themselves in Group A alongside Spain, Scotland and Germany, while Italy, England, France and Netherlands battle it out in Group B.

Wylie said; “[it’s] so exciting for the girls, what an opportunity, what a stage. The biggest stage any of us will ever be on, but hopefully it’s a stage that future Northern Irish girls will be on.”

“There’s a mixture of experience at various levels, but never internationally at this stage.

“But they’re all hungry to impress, they all want to do well and we’re hoping that the younger ones will learn a lot out of it, and we all learn.”

Watch the full interview at the top of this page. To buy ticket for Northern Ireland opening match against Spain, and all other matches in the tournament, click here.