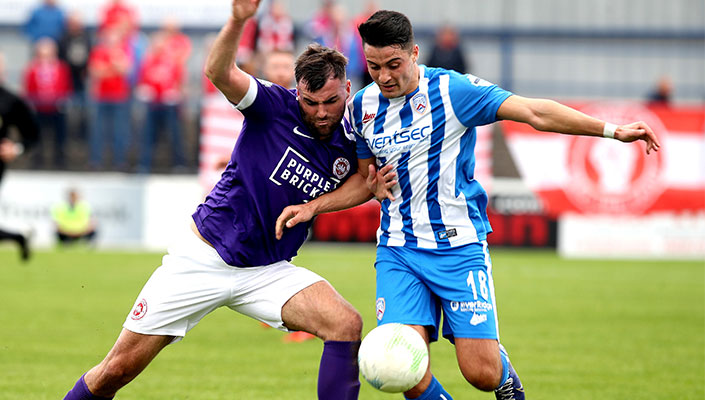 The UEFA club licensing system began as a set of criteria to be fulfilled in order for clubs to be eligible to participate in a UEFA club competition.

Since the first licences were granted in 2004 it has developed into much more than that, with club licensing being the focal point for national associations in their strategic plans for club development and improved governance, as well as it being embedded into how clubs operate and a fundamental consideration in the key decisions they take.

After a period of initial scepticism, stakeholders recognised the wide ranging benefits of running club licensing systems at national level. Increased professionalism, greater transparency, improved knowledge are just a few of the achievements that were made possible through the implementation of the scheme.

Nowadays over 1,500 clubs in Europe undergo club licensing on an annual basis. 51 of UEFA’s 54 member associations also apply some kind of club licensing and regulatory controls for the participation in domestic competitions.

In March 2006, the Irish Football Association Executive Committee asked the Club Licensing Committee to consider implementing its own Domestic Club Licensing scheme. The first Domestic licensing cycle was implemented during season 2007-08 for award of licences for season 2008-09.

In June 2010 the extension of the club licensing scheme to Championship clubs was endorsed by both the Premier League Committee and the Championship Committee. The requirements of a Championship Licence were approved by the IFA Executive Board in October 2010 and applied to and for clubs seeing promotion to the top division of Domestic Competition in Northern Ireland.

In June 2014, the member clubs of the Northern Ireland Football League (NIFL) agreed to the introduction of a mandatory licence for Championship 1 clubs during 2015-16 for the award of licences for season 2016-17 to coincide with the full implementation of the NIFL restructure to create a second senior tier of football in Northern Ireland.

In 2019, NIFL made the decision to extend mandatory licensing to all clubs participating within its third tier, the Premier Intermediate League (PIL). This was implemented for the first time during the 2020-21 season for the award of licences for season 2021-22.

Origins of the system

The original impetus for club licensing was a request made by football clubs themselves back in 1999. They wanted some form of regulation to tackle many of the commonly cited problems that existed in European football, such as financial transparency, inadequate stadia, overdue payables, lack of youth investment, amongst others.

It was never going to be possible to fully eradicate all of those problems through club licensing but there was a strong feeling that all the clubs competing in the same UEFA competitions should be bound by the same minimum requirements, with the aim of:

This led to the implementation of a system whereby clubs have to respect certain conditions in order to participate in UEFA club competitions, subsequently expanding into domestic football across Europe.

1999: Initial discussions about the introduction of a club licensing system begin

2002: The UEFA Club Licensing Manual – Version 1.0 is approved by the UEFA Executive Committee

2003: UEFA establishes its HatTrick assistance programme for its member associations

2004: First licensing decisions taken with licensors deciding whether to grant or refuse clubs the licence necessary to participate in the 2004/05 UEFA club competitions, resulting in the first non-participation of sportingly qualified clubs due to non-fulfilment of licensing criteria

2005: The UEFA Club Licensing Manual – Version 2.0 is approved by the UEFA Executive Committee

The Irish Football Association Executive Committee, upon the recommendation of UEFA, asked the Club Licensing Committee to consider implementing its own domestic club licensing scheme

2007: The first IFA domestic licensing cycle was implemented for award of licences for season 2008-09 to participate in the top division of domestic competition in Northern Ireland

2008: The UEFA Club Licensing Manual is replaced by a more legally robust set of regulations

2010: Financial fair play is approved and integrated into the club licensing regulations

The extension of the domestic club licensing scheme to Championship clubs was endorsed by both the IFA Premier League Committee and the IFAC Championship Committee. The requirements of a Championship Licence were approved by the IFA Executive Board in October and were applied to clubs seeking promotion to the top division of domestic competition in Northern Ireland.

2011: Clubs across Europe are required to appoint a supporter liaison officer (SLO) to ensure a proper and constructive discourse with their fans

2013: First full implementation of the financial fair play rules with clubs being assessed against the break-even requirement for the first time

2014: UEFA’s sixth benchmarking report is published, having become an authoritative review of the financial performances and positions of 700 European clubs

Member clubs of the Northern Ireland Football League (NIFL) agree to the introduction of a mandatory licence for Championship 1 clubs during 2015-16 for the award of licences for season 2016-17 to coincide with the full implementation of the NIFL restructure to create a second senior tier of football in Northern Ireland.

2015: The 2015 edition of the Club Licensing and Financial Fair Play regulations are approved, as are the Procedural rules governing the UEFA Club Financial Control Body.

2019: NIFL made the decision to extend mandatory licensing to all clubs participating within its third tier, the Premier Intermediate League (PIL). This was implemented for the first time during the 2020-21 season for the award of licences for season 2021-22.

In order to participate in UEFA and domestic club competitions, it is not enough to qualify on sporting merits alone. One of the admission criteria in the competition regulations is that a club must also have been issued a licence by its national association. Licenses are issued on the basis of national club licensing regulations, which must themselves contain the minimum criteria established by UEFA in the UEFA Club Licensing and Financial Fair Play Regulations.

By setting minimum standards that must be integrated into national regulations, UEFA allows its member associations to apply and manage the licensing system in accordance with their own national rules and regulations and safeguards the principle of subsidiarity, as the national associations are responsible for actually granting the licenses.

The dynamic nature of the club licensing system, which focuses on continually improving standards across all areas of football in Europe, is reflected in the six editions of UEFA regulations that have been approved since the first UEFA Club Licensing Manual was approved in 2002.

It has been necessary to regularly update the UEFA regulations in order to strengthen certain areas and to introduce new criteria over the years, with clubs now being assessed against criteria in five distinct areas:

Despite the undoubted success of club licensing, the ever evolving environment of European football meant that there was a general feeling among stakeholders that additional financial regulation, going beyond what is requested by the club licensing system, was necessary in order to address the increasingly precarious financial situation of European club football.

Clubs were reporting repeated, and worsening, financial losses culminating in €1.7bn net losses being reported by European clubs in 2011. Furthermore, and as a result of spiralling spending on salaries and transfer fees, it was becoming increasingly difficult for clubs to honour their debts.

Calls for action led to the UEFA Executive Committee unanimously approving a financial fair play concept for the game’s well-being in September 2009. The concept, supported by the entire football family, has centred on the obligation for clubs, over a period of time, to balance their books or break even. Under the financial fair play concept, clubs cannot repeatedly spend more than the revenue they generate, owners must regularly inject capital to cover losses and prevent a build up of debt and clubs are obliged to meet their financial commitments in relation to transfers and employees.

In order to direct clubs towards financial stability overdue payables were enforced and increased focus has been put on long term financial plans. A fundamental element of the financial fair play requirements is the break-even requirement, which is intended to accomplish the following:

Whilst clubs in Northern Ireland are exempt from the break-even requirement as none of them meet the EUR 5 million threshold in respect of relevant income and relevant expenditure, they must comply with additional monitoring requirements enforced across UEFA club competitions. Enhanced assessment of overdue payables towards football clubs, employees and social/ tax authorities continue to be monitored during the licence season.

Just as clubs are required to fulfil minimum criteria, licensors also have to comply with minimum requirements in operating the club licensing system and performing their responsibilities in respect of the financial fair play requirements.

Originally based on the internationally recognised quality management system, ISO 9001:2000, the UEFA Club Licensing Quality Standard was devised to ensure consistency in the assessment principles and methods followed by all licensors. It also aims to improve the efficiency and effectiveness of licensors’ internal administration by promoting professional management and continual development in the running of the club licensing systems and club monitoring process.

In order to ensure the credibility of the club licensing system and club monitoring process, licensors must correctly apply the core process, the set deadlines, the catalogue of sanctions and the consequences of a licence refusal, while guaranteeing the principles of independence confidentiality and equal treatment of all licence applicants/licensees.

Each year, an independent certification body assesses compliance with all the requirements contained in part ll of the Club Licensing Quality Standard. If the requirements are met, the certification body issues a certificate which is valid for one season. However, should a licensor not be issued the certification, other than not receiving the related HatTrick incentive payment, the implementation of the club licensing system by the licensor will be placed under greater scrutiny with stricter compliance activities being performed. Any non-conformities identified by the independent certification body need to be promptly rectified with repeated non-certification potentially leading to the licensors’ clubs not being able to participate in future UEFA club competitions.