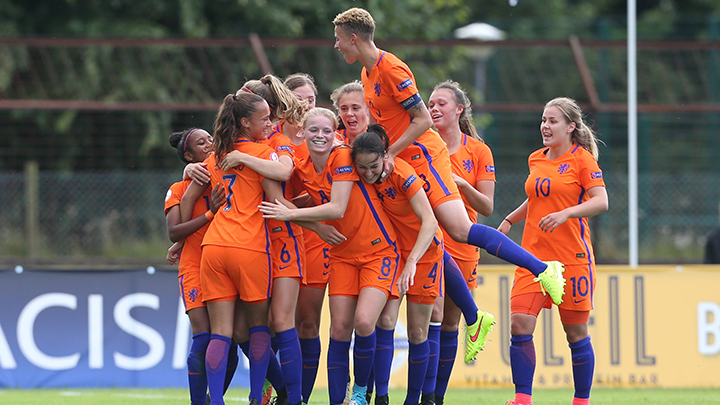 At the end of matchday one of the 2017 Women’s U19 Euros, four countries have three points apiece.

Four-times winners Germany and Spain, who defeated Northern Ireland, have 100% records in Group A, while England and the Netherlands are in a similar position in Group B.

Here’s a round-up of today’s games (apart from the Northern Ireland-Spain encounter, which you can read by clicking here).

Scotland 0 Germany 3
A strong German side defeated Scotland 3-0 in today’s other game in Group A.

Goals from Giulia Gwinn, Annalena Rieke and Ereleta Memeti were enough to see off the spirited Scots at the National Football Stadium in Belfast.

Germany started the game on the front foot and had early chances through Laura Freigang and Anna Garhardt, but Rebecca Flaherty in the Scotland goal remained relatively untroubled.

The pressure did pay off, however, in the 20th minute when Scotland could only half clear Freigang’s corner to Sophia Kleinherne who found Guilia Gwinn inside the box. The winger showed great composure to control the ball before finding the top left hand corner of the net.

After soaking up a lot of pressure, Scotland did well to force a chance of their own when Samantha Kerr won a free-kick, but the resulting set piece from the right was well held by German keeper Vanessa Fischer.

Germany doubled their advantage in the 39th minute through Rieke, who rose the highest to get on the end of a decent delivery from a corner-kick and send a looping header beyond the reach of Flaherty.

The Scots defended well to repel the Germans until the 78th minute when substitute Ereleta Memeti made an immediate impact. Dina Orschmann delivered a cross from the right and Memeti was on hand to head the ball home with her first touch.

Germany were well worth their victory while the Scots can be proud of their hard-working effort.

Italy 1 England 2
Games between England and Italy at any level tend to be tense tactical encounters and today’s Women’s U19 Euros Group B clash at Mourneview Park in Lurgan was no exception.

In the first half the teams were evenly matched and there were few chances for either side. Mollie Rouse drove a shot wide and then had an effort comfortably saved by Italian keeper Alessia Piazza, while the Italians had a couple of half-chances.

Whatever was said in the England dressing room at half-time it certainly had the desired effect. The English girls were a completely different team after the restart, pressing the opposition right from the kick-off.

Their first goal duly came on 51 minutes though as great work from Ellie Brazil saw her powerful shot parried by Piazza and Allen was on hand to drive home the rebound.

Italy responded well with Giada Graggi driving wide on 54 minutes, however England remained the dominant side with Chloe Kelly hitting a free-kick narrowly over and Chloe Peplow firing narrowly wide with a thunderous shot.

It was no real surprise when England added a second on 75 minutes. Great work by Brazil saw the England forward drive into the Italian penalty area before passing to Allen who duly converted the chance for her second goal of the game.

With the final whistle beckoning England were rocked back on their heels as Annamaria Serturini smashed a superb shot into the top corner on 90 minutes. However in the end this was to prove too little too late for the plucky Italians.

France 0 Netherlands 2
The Dutch proved too strong for holders France in their Group B encounter at Ballymena Showgrounds this afternoon.

The Netherlands midfield pairing of Victoria Pelova and Nadine Noordam controlled the play for much of the first half and that’s when the game was effectively won.

Pelova had the first effort of the game after 90 seconds, with her shot from inside the penalty area going just over the bar. In the ninth minute Pelova lost her marker on the edge of the area with a neat turn and ran on to coolly slot the ball past the French keeper.

France’s first clearcut chance came in the 17th minute when striker Chloe Pierel shot over the top. Within six minutes, however, they were two down. Dutch winger Ashleigh Warden launched a free kick towards goal and the ball came off two French players before nestling in the back of the net. The OG was credited to French defender Julie Piga.

Mathilde Bourdieu came off the bench for France at half-time and provided them with an extra spark. She had a few decent efforts, including a rasping drive which shaved a post.

In the closing stages of the game Netherlands keeper Lize Kop produced a superb full-length stop from a powerful header by French sub Julie Thibaud. Ultimately the Dutch, who tired towards the end of the 90, had done enough in the opening 45 to secure a deserved 2-0 win. 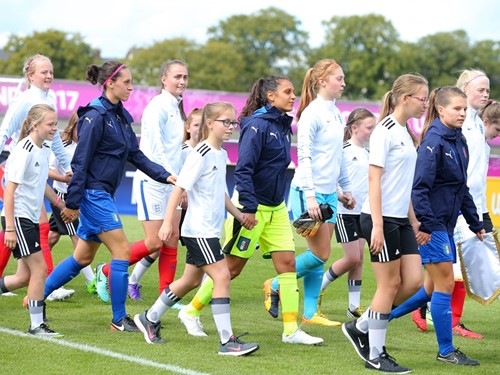 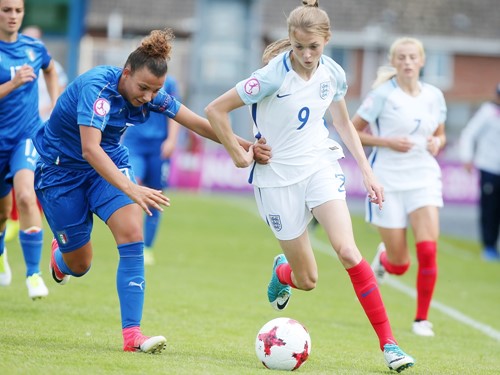 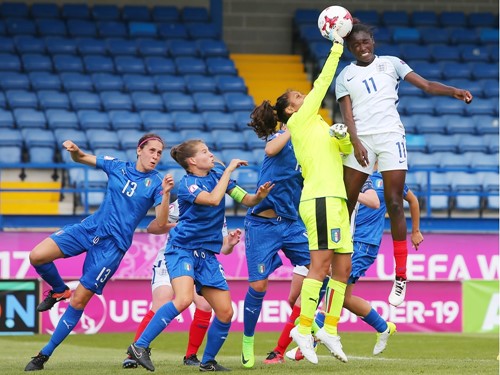 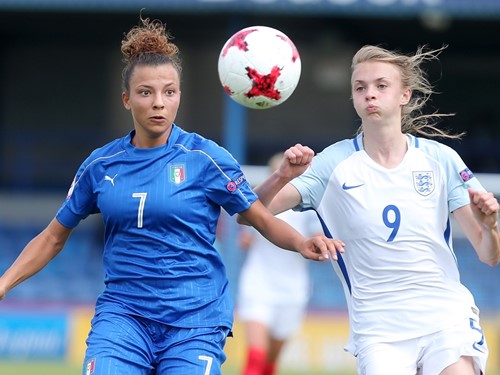 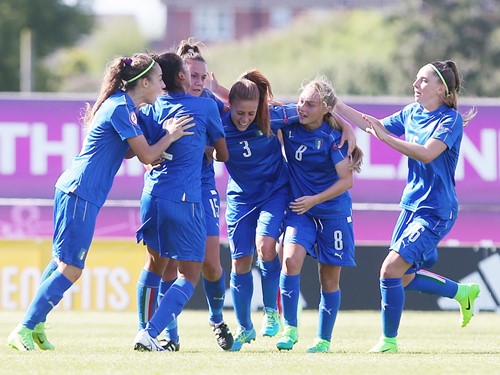 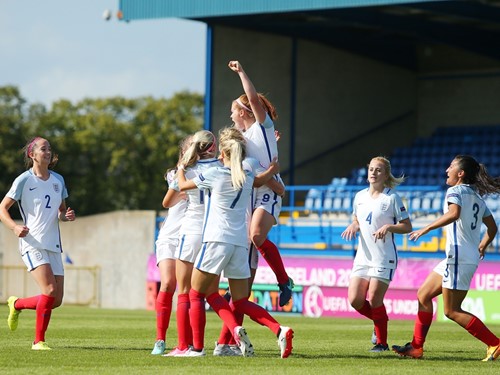 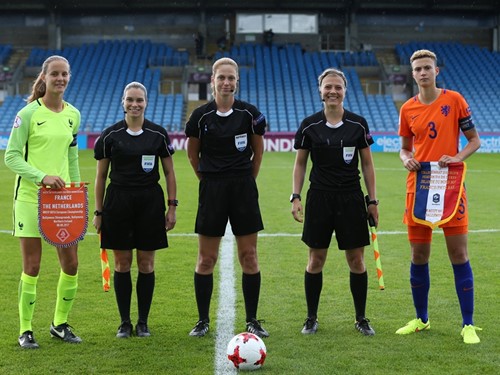 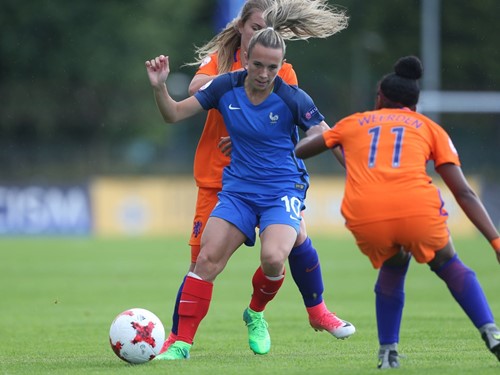 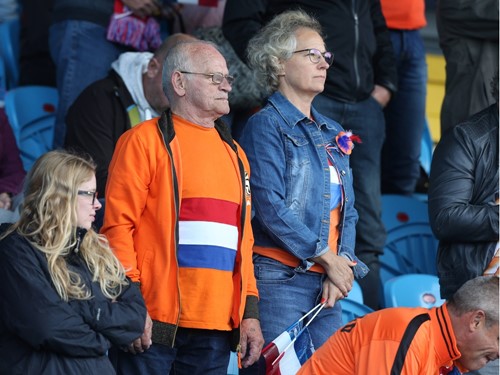 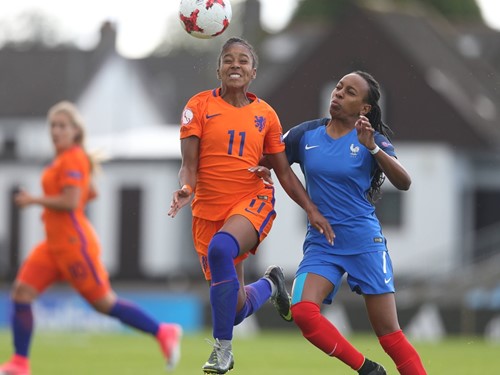 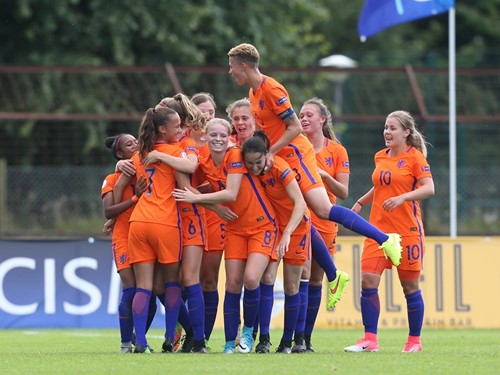