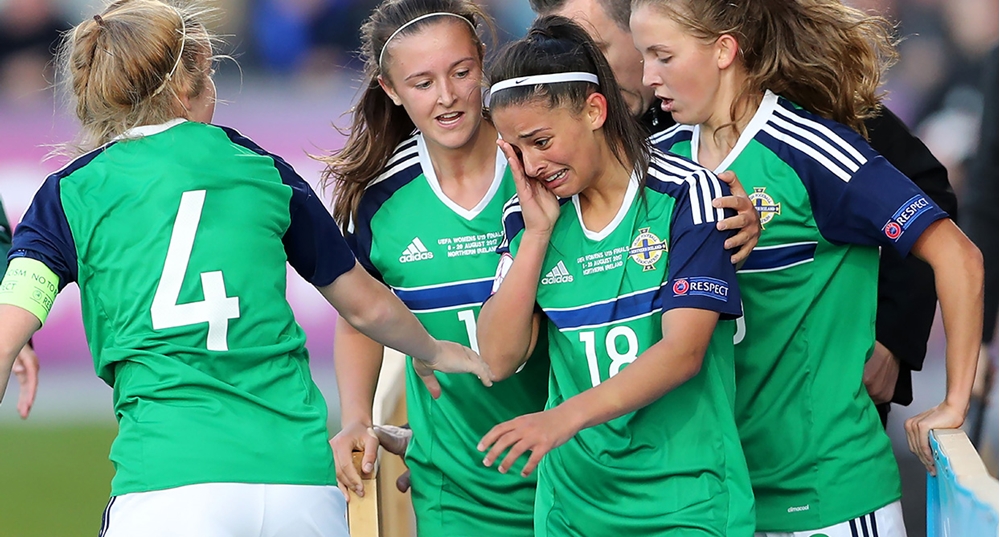 Louise McDaniel is "over the moon" with her historic goal against Scotland for Northern Ireland in a group game at the UEFA European Women's Under-19 Championship.

Louise told us, "I couldn't believe it went in, I was shocked then it hit me with everyone running towards me and I'm just over the moon."

Northern Ireland scored a late equaliser against Scotland to keep them in the tournament with an upcoming game with Germany on Monday 14 August.

She went on to say, "I hope any girl watching really enjoyed it and hopefully it will encourage them to come out and start playing football."

You can watch the full interview with goalscorer Louise in the video at the top of the page.