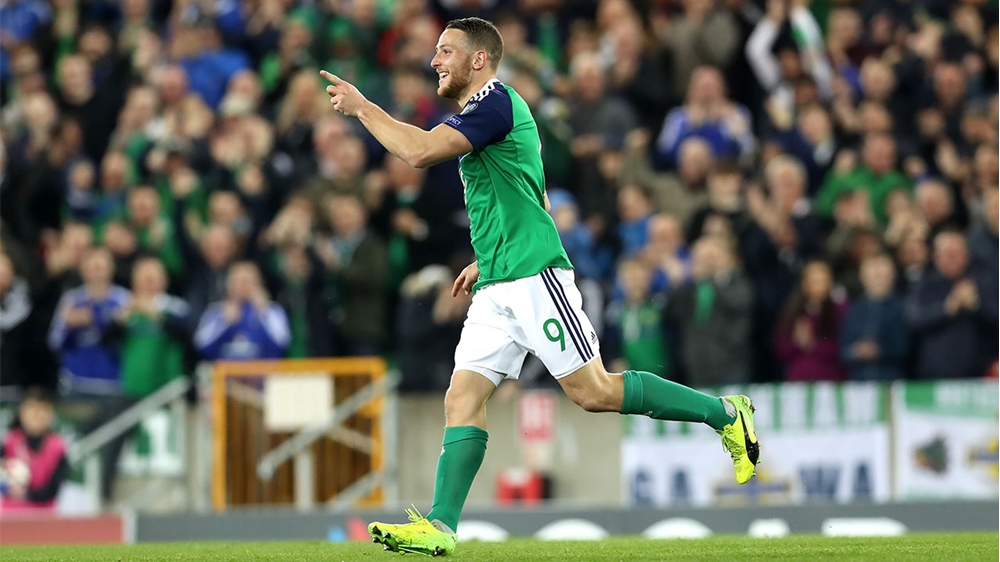 Striker Conor Washington got his season off to a terrific start by scoring both goals in Queens Park Rangers 2-0 victory against Reading at Loftus Road at the weekend.

The 25-year-old, who scored eight goals for the west-London outfit last term, put the home side ahead after just 22 minutes and followed it up with a well-taken penalty in the second-half.

QPR manager Ian Holloway was not only delighted with Washington’s goals but also his overall performance on the opening day of the new campaign.

“I’m pleased with where Conor ran and how he ran with Jamie Mackie helping him to get the ball back for us,” said Holloway, “That’s what I’m pleased with because I’ve been telling him if he does that, he’ll get extra chances.

“I’m delighted for Conor because he is a natural born goalscorer. He saved us last year with a brilliant finish against Nottingham Forest, and today he could have had a hat-full couldn’t he?”

Meanwhile, in League Two, former Northern Ireland under-21 forward Billy Kee, who found the net 15 times last season, was among the goals again as Accrington Stanley claimed all three points in a 3-1 home success over Colchester United.

Elsewhere in the division current under-21 star Dale Gorman scored from the spot for Stevenage who were held to a 3-3 draw at home by Newport County after relinquishing a 3-1 lead with just 13 minutes left on the clock.

“It is hard to take,” admitted Gorman, “All the lads are gutted in there and rightly so, we have conceded two set pieces, which shouldn’t happen really.

“We will get to work tomorrow morning and try to set it right, we need to get it out of our heads now and focus on our League Cup tie at Millwall on Tuesday.”

Other Northern Ireland players on the scoresheet over the weekend were Portadown-born midfielder Daryl Smylie who scored his fourth goal of the season for Swedish outfit Jongkopings Sodra and ex-Under-21 international Robin Shroot who found the net for Norwegian side IL Hodd.

Ollie Norwood, who has joined Fulham on a season-long loan from Brighton, started for the Cottagers in the 1-1 home draws with Norwich City while Matty Lund played the full 90 minutes for Burton Albion who lost 1-0 to Cardiff City.

Last Friday evening Conor McLaughlin made his first appearance for Millwall who suffered defeat in their first game of the campaign at Nottingham Forest while in League One Shay McCartan helped Bradford City to a 2-1 win over Blackpool.

Finally, midfielder Corry Evans returned to action after injury to make his first appearance for Blackburn Rovers since 2nd January, however, it was not to be a winning return as the League One favourites surprisingly lost 2-1 at Southend United.