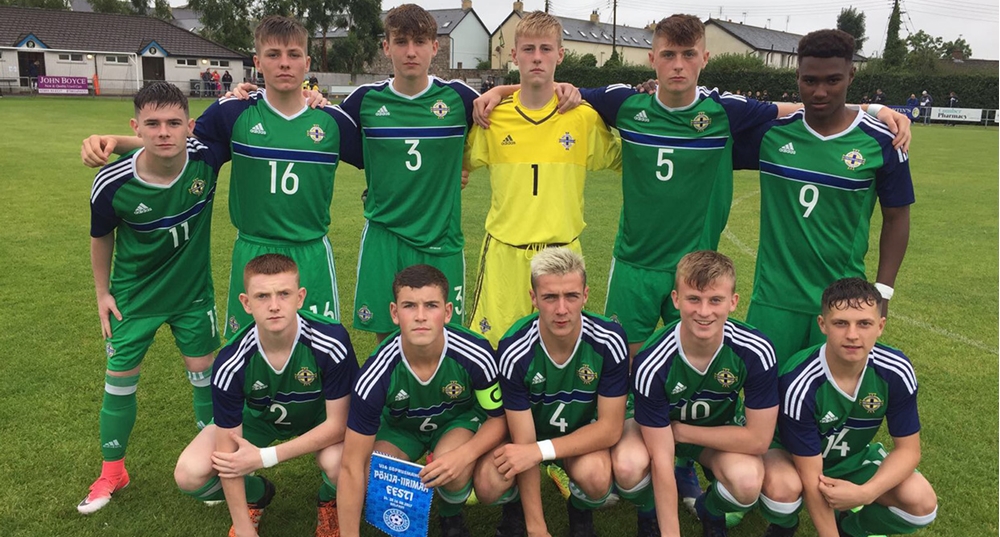 The Northern Ireland U16 team proved too strong for Estonia U16s in a challenge match yesterday.

The boys in green thoroughly deserved their 3-1 victory against the Baltic nation in Comber.

The Schoolboys team got off to a great start on nine minutes when Michael Glynn crashed an unstoppable shot into the net from 10 yards following a period of sustained pressure.

Northern Ireland continued to dominate and Estonian keeper Martin Tilk was in the thick of the action, saving well from Chris Hutchinson and Chris McKee, while Alberto Balde shot wide with only the keeper to beat.

Two minutes after the break the visitors produced a shock equaliser as Aleksandr Sapovalov raced on to a long ball from Ats Toomsalu and beat Northern Ireland keeper David Walsh with a well-placed shot.

The Northern Ireland forwards continued to squander chances with Balde and Peter McKiernan off target with close range headers.

However, on 54 minutes the pair combined well to restore the lead. McKiernan beat three defenders in a mazy run down the left wing before cutting the ball back for Balde to fire home from 12 yards.

The teams meet again at Knockbreda on Wednesday (3pm kick-off).