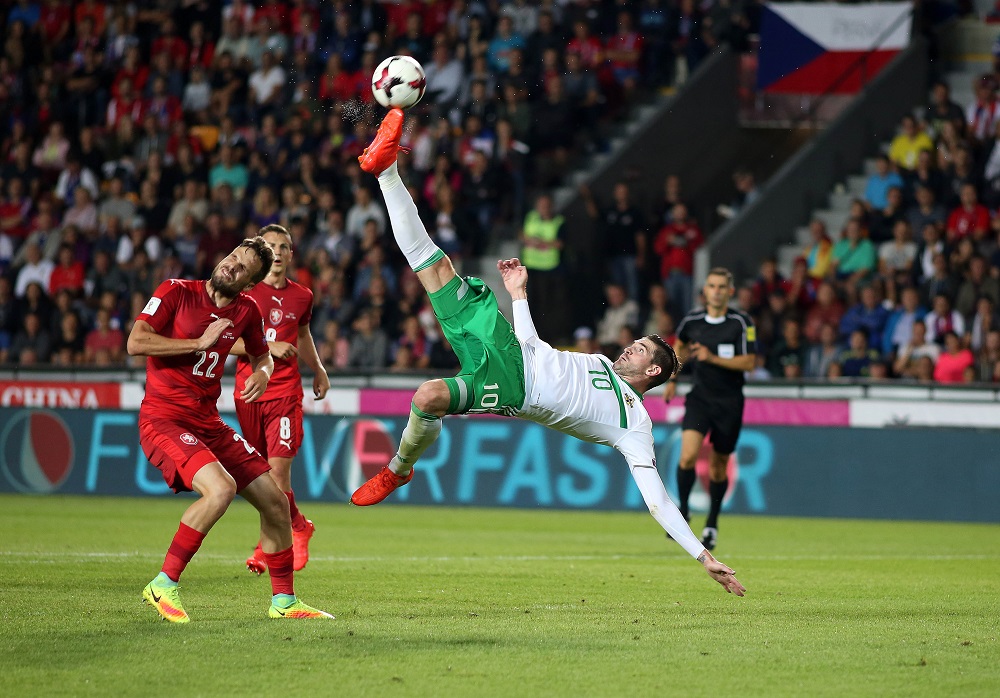 Northern Ireland kicked off their World Cup qualifying campaign with what could prove to be a valuable scoreless draw with the Czech Republic in Prague's Generali Arena.

As was perhaps expected, the Czechs came flying out of the traps, creating two efforts of note during the opening exchanges.

On five minutes a short corner eventually made its way to Pavel Kaderábek but it appeared to catch the Hoffenheim man somewhat unaware and he was unable to keep the ball from going over the bar.

Then, a short time later, Michal Kadlec brought the ball forward to release a shot on goal which Milan Škoda tried but failed to divert beyond Michael McGovern.

Northern Ireland created a chance of their own on 11 minutes when Gareth McAuley rose highest to get his head to a corner but he was unable to find the target.

Indeed, as the first half progressed, Michael O'Neill's side came into the game more and had another decent chance just before the half-hour mark when Kyle Lafferty attempted a spectacular overhead kick from Stuart Dallas' cross from the left.

Not long after that Paddy McNair had arguably the best chance of the opening 45 minutes when he surged forward to unleash a left-foot effort from around 18 yards out only for it be turned away for a corner - and from the resultant set piece only a spell of frantic defending cleared the danger.

And there was another chance just before the break when McAuley sparked a breakaway which saw Steven Davis go one-on-one with a defender before laying the ball off for Dallas only for the Cookstown man to be thwarted by a last ditch interception.

In similar circumstances to the first half, the second started with the hosts on top.

On 48 minutes Kadlec was inches away from opening the scoring after a Škoda scuffed half chance fell into his path while, a couple of minutes after that, McGovern caused a few anxious moments after he failed to gather a cross into the box before it was eventually made safe.

The Czechs carved out easily their best opportunity to date on 55 minutes when Kadlec was presented with a gilt-edged chance after some inventive build up play saw him get a clear shot on goal from inside the area but he fired straight at McGovern when perhaps trying to find either corner might have been more fruitful.

Josh Magennis almost made an immediate impact just a couple of minutes after coming on for Lafferty when he was a whisker away from connecting with a Dallas cross only for the ball to fall just behind him.

There were moments of chaos at either box as the game drifted into the final quarter-of-an-hour.

There was what looked to be a real let-off for Northern Ireland when Pavelka somehow skewed a shot well past the near post with the goal at his mercy although it appeared he had controlled the ball with his hand moments before so it wouldn't have counted anyway.

Then, down the other end, a Jamie Ward cross caused all sorts of panic in the home defence before the ball fell for Davis but with his back to goal he couldn't turn to get the shot away before the danger was cleared.

Play switched again and only an inspired Jonny Evans block prevented Kadlec from finding the net from ten yards.

Right at the end of normal time Ladislav Krejčí almost snatched victory for the Czech Republic after Vladimir Darida found him inside the box. The Bologna striker showed great skill to quickly turn, thread the ball through McAuley's legs but, fortunately for Northern Ireland, just inches wide of the far post.

Elsewhere in Group C, there were away wins for Germany and Azerbaijan over Norway and San Marino respectively. 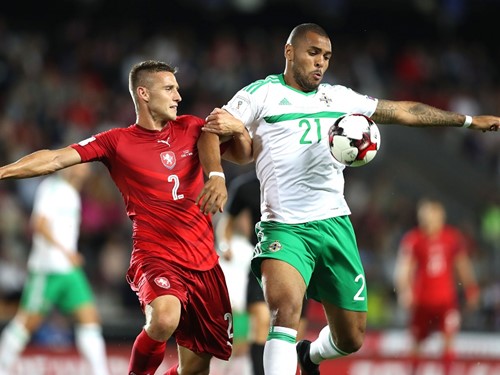 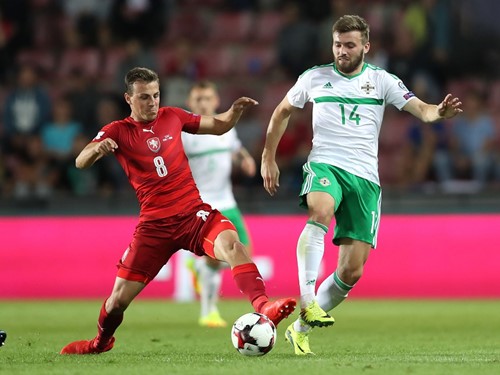 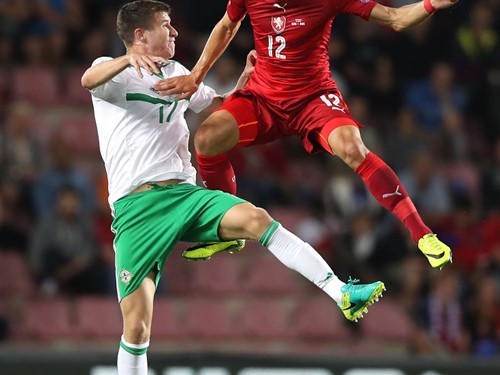 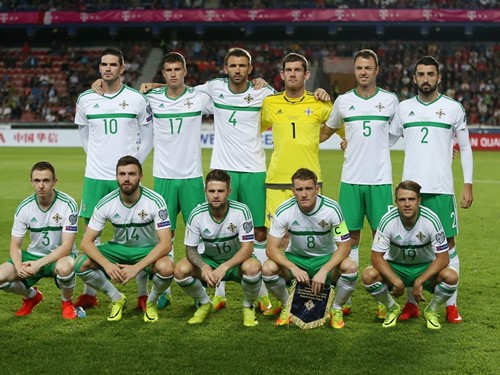