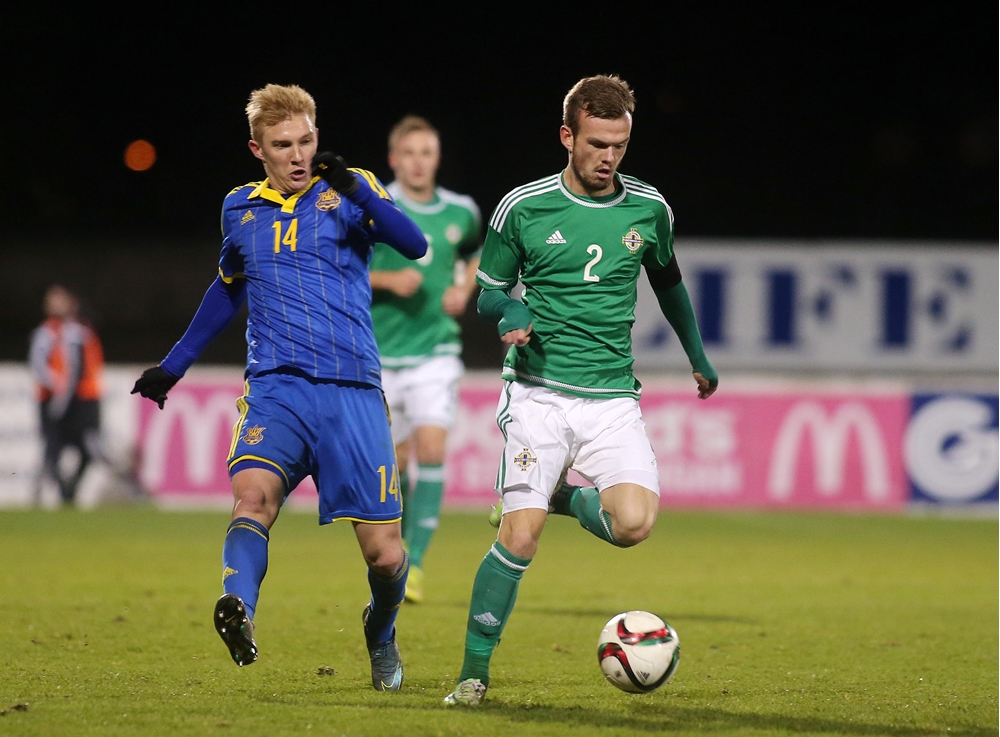 OLDHAM Athletic boss Stephen Robinson has swooped to sign defender Cameron Dummigan on a two-year deal from Burnley with the option of a further 12 months.

The 20 year-old full-back had two loan spells with the League One side last season with his impressive performances earning him the clubs’ ‘Young Player of the Season’ award.

“Cameron is a boy who I’ve worked with since he was 16 and I know what sort of player he is,” said Robinson. “He will add to the squad and when a player of Cameron’s ability becomes available it’s very hard to turn down the opportunity of bringing him in.

“It’s a big plus that Cameron knows the area and is in familiar surroundings.

Dummigan, who failed to make a first-team appearance during his time at Turf Moor, is currently with the Northern Ireland under-21 squad which face Iceland at Mourneview Park this Friday and then FYR Macedonia in Skopje next Tuesday.