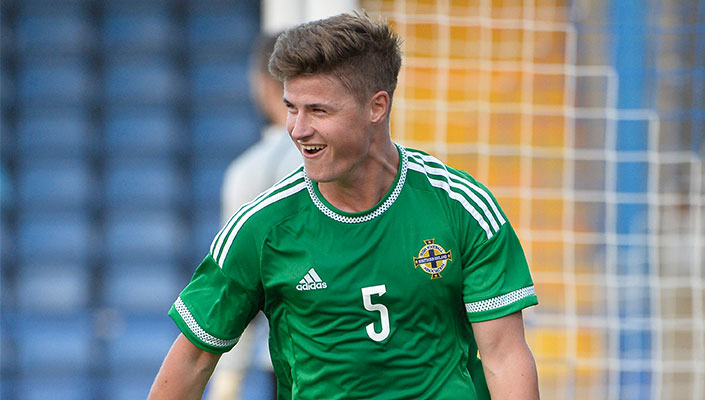 The 20-year-old left back, who was released by Premier League club Watford at the end of last season, joined Orient in the summer on a one-year deal, however, he has not featured in the first-team at the Matchroom Stadium this season.

Also on the move is Sheffield United midfielder Shea Gordon who has joined Stalybridge Celtic, who also play in National League North, on a one-month loan.

The Dungannon-born 18-year-old, who signed his first professional contract with the Blades last May, also made his debut last night in Celtic’s 3-1 reverse at Harrogate Town.

The 18-year-old, who attended a Northern Ireland Under-19 training camp earlier this month, has been a regular in the League two’s first-team squad this term but failed to make an appearance.

Yeovil manager Darren Way believes the move will be a good one for Bassett and one that will help the players’ development.

“Dorchester is a good Football Club that we trust and has served us well over the years,” said Way, “Plus we know Nick Crittenden (Dorchester boss) and the staff there very well.

“It’s a local move which means we’ll be able to watch his games, plus Ollie will train with us daily so we can still closely monitor his development.”

Finally, goalkeeper Brett Long has been snapped up by Scottish Division Two side Forfar Athletic on a loan deal that will last until January.

Long, from Newtownabbey, was released by Motherwell last May but remained in Scotland and secured a one-year contract with Dundee United, who were relegated to the Championship last season.