Under 17's need victory for chance at Elite Stages 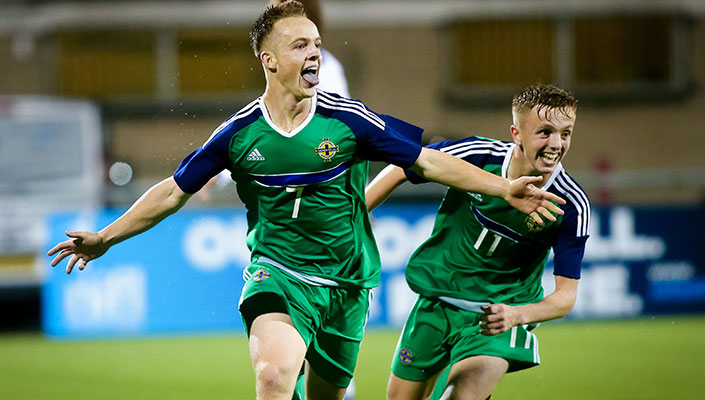 Northern Ireland go into their final UEFA European Under 17 Championship qualifying round game against San Marino knowing three points is a must.

The game which takes place at Mourneview Park on September 24 at 3pm, will decide whether the Under 17s or San Marino will have the chance to contend for a place in the Elite Stages.

After two defeats in their other two group games, Stephen Frail’s side will need to win convincingly against their opponents and watch the other groups unfold to find out their fate.

Northern Ireland will hope to go through as one of five best third placed sides across the 13 groups but those five are chosen dependant on their results against the top two in the group that qualify automatically.

It’s been a tough week for the side with their opening group game against Spain ending in a 4-0 defeat at Mourneview Park but it was an unfortunate night at Seaview on Wednesday against Slovakia as Northern Ireland went down 4-3.

After coming from behind twice, the Under 17’s took the lead with 13 minutes remaining through Reece McGinley which was his second of the evening.

But it was heartbreak as with five minutes to go Martin Murcko scored twice and completed his hat-trick to send Slovenia into the Elite Stages.

If the Under 17’s were to win, they may have to wait until November 6 when all the group stages are finished.