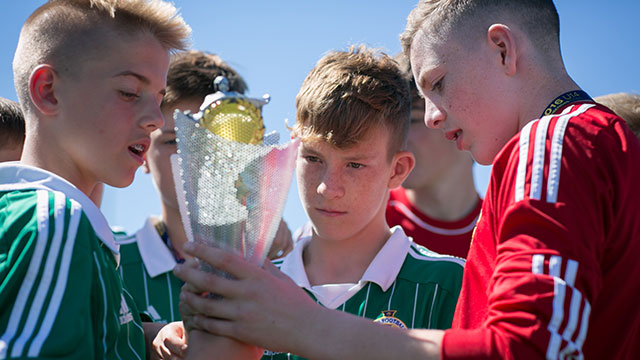 The 2003 players on the Irish FA’s elite development programme played seven games at the international tournament in Spain and only suffered one defeat.

Chris filmed the boys’ highs and lows on their way to finishing 13th overall out of 24 teams at the ARC Madrid Cup, which was staged at Alcobendas in the Spanish capital.