Midfielder looks to build on win with his club side 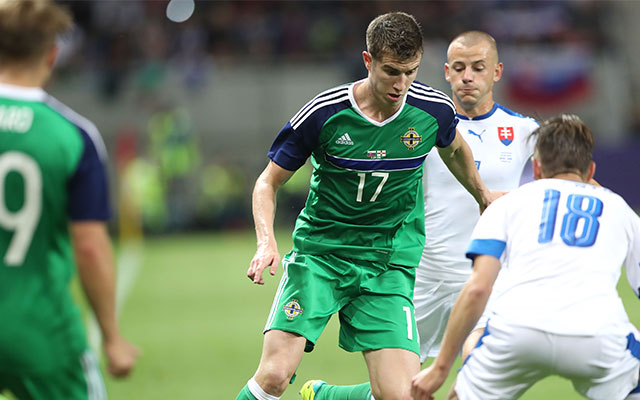 The 21-year-old, whose two goals at Loftus Road gave the Black Cats a 2-1 victory in midweek, is optimistic that David Moyes’ team can now go into Saturday’s home clash with Crystal Palace and claim their first Premier League win of the season.

“Hopefully we can build on this win,” said McNair, “We now have some momentum going into the home games with Palace and West Brom.

“Those are two massive games coming up at home and hopefully we can take six points before heading into the international break.

The Ballyclare man admitted he has had a slow start to his career at the Stadium of Light since making the switch from Manchester United in the summer but has asked Sunderland fans to be patient with him.

“It was difficult during the first few weeks after I came from Manchester United where I hadn’t had a pre-season, so I’ve just been trying to get going and it was also a big change.

“I want the fans to be patient with me,” he added, “but hopefully after the QPR game I’ve shown what I can give the team.”

Meanwhile, Scottish Premiership ‘Player of the Month’ for August Liam Boyce will be back for Ross County’s clash with Hearts at Tynecastle tomorrow after missing last week’s goalless draw at Rangers with a back spasm

“Liam was obviously a big miss for us last week at Ibrox,” said manager Jim McIntyre, “losing our top goalscorer and the player of the month was a huge loss.

“It is important we have as many options as possible and Liam has been doing fantastically well this season with six goals in nine games.”

Elsewhere, Hartlepool United defender Carl Magnay is expected to be out for a minimum of six months after the former Northern Ireland under-21 International sustained a cruciate ligament injury.

“It’s a massive setback for us because he’s a big part of the squad,” admitted Hartlepool boss Craig Hignett. “To lose him for such a length of time is terrible news and I am devastated for him but I have no doubt that he will come back stronger.”

Magnay’s likely replacement in the team could be current under-21 defender Liam Donnelly who arrived at the Victoria Ground in the summer from Fulham.

“Liam is a versatile player. He can play left-back, right-back and central midfield,” added Hignett, “and it’s a real plus for us to see how well he can do.

“He played well at left-back recently and I thought when he went across to right back he was just as good.”