Women's U17 squad for Euro qualifiers

The Women's U17s travel to Macedonia this week as they begin their UEFA European Women's Under-17 Championship qualifiers.

Alison Nicholl's side are in Group 11 and will play a four team mini tournament with the top two guaranteed a spot in the Elite Stages and only two third placed sides out of the 11 groups also qualifying. 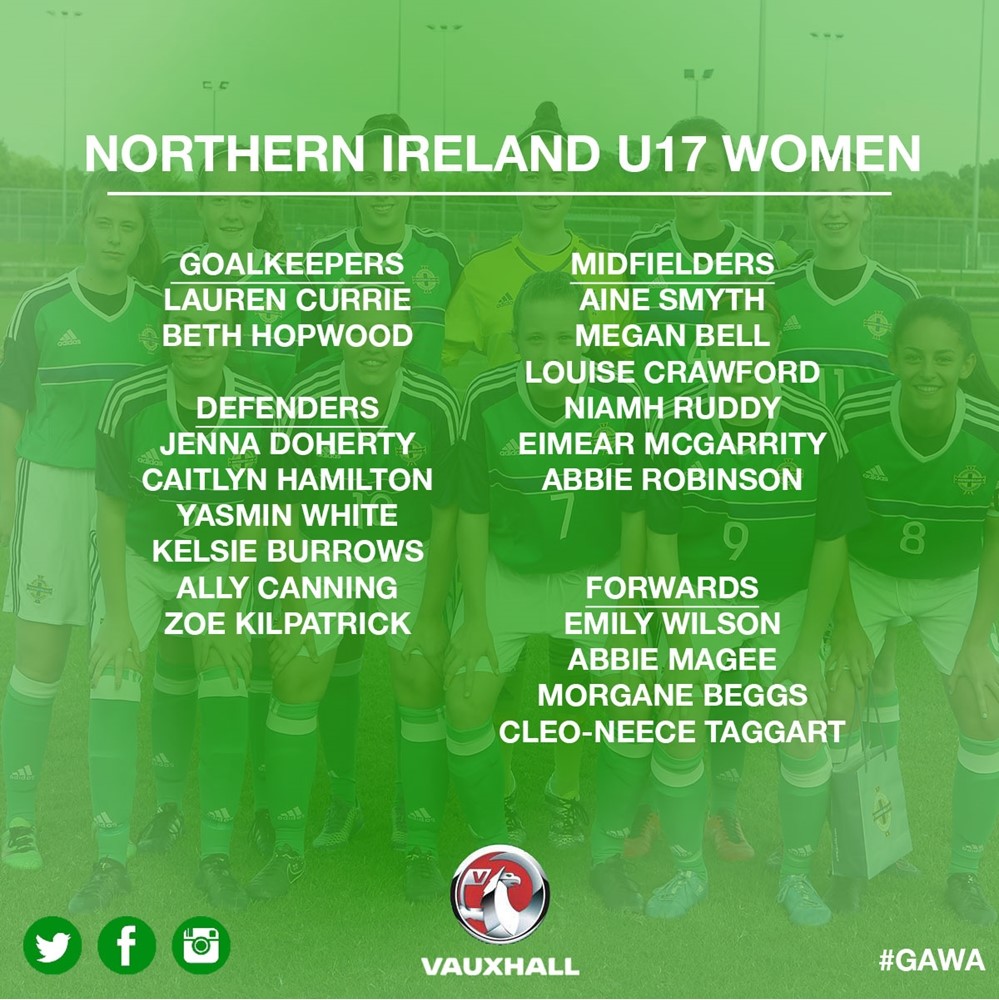