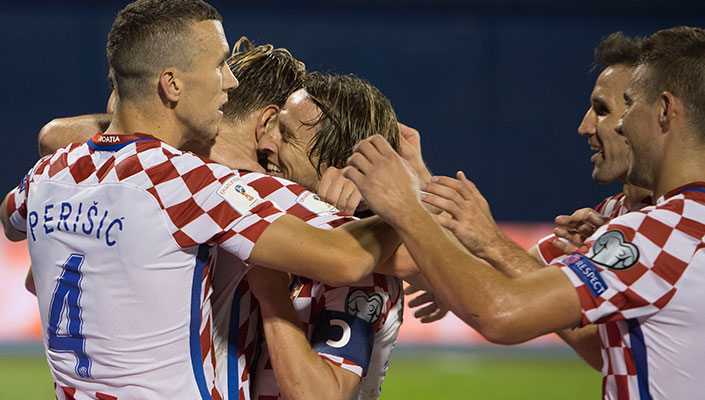 Northern Ireland’s final home game of 2016 will be against Croatia, it was announced today.

Croatia have agreed to play Michael O’Neill’s team at the National Football Stadium at Windsor Park on Tuesday 15 November (19.45 kick-off).

The Vauxhall International Challenge Match will be Northern Ireland’s second home game that month. They also face Azerbaijan on Friday 11 November in Belfast in what will be their fourth match in FIFA World Cup Russia 2018 Qualifying Group C.

Like Northern Ireland, Croatia reached the Round of 16 at Euro 2016. They topped their group after defeating both Spain and Turkey and drawing with Czech Republic.

They were knocked out by eventual winners Portugal in the next round. The game in Lens went to extra time, with Quaresma scoring the only goal of the game.

In their only World Cup 2018 qualifier to date they drew 1-1 at home against Turkey. The other teams in their group are Finland, Iceland, Kosovo and Ukraine.

The Croatian squad boasts some of the top players in Europe, including classy midfielders Luka Modric of Real Madrid and Barcelona’s Ivan Rakitic as well as Juventus and ex-Bayern Munich striker Mario Mandzukic and Inter Milan midfielder Ivan Perisic.

Northern Ireland manager Michael O’Neill said: “This will be a great game for us. Croatia are a top class European team and it’s great that we will be playing them at home.

“We have not played a home friendly against this quality of opposition for quite some time. It will no doubt be a real test for us, and it will also provide us with an opportunity to look at some of the players in our squad who have not featured in the team much before now.”

Ticket details for the Croatia fixture will be announced in the coming weeks.