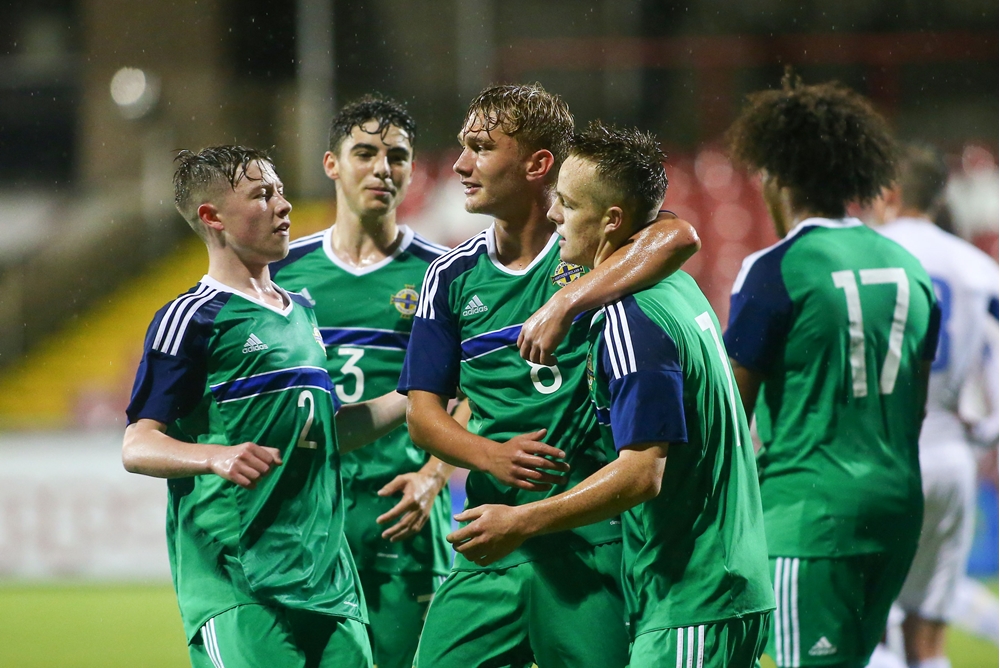 There was heartache for Northern Ireland U17s as they went down 4-3 to Slovakia U17s in a hugely entertaining Under 17 Championship qualifying match at Seaview.

Northern Ireland had led 3-2 with 7 minutes of the game remaining, but two late goals from Martin Murcko, who scored a hat-trick on the night, gave the Slovakians the win. They now go on to face Spain, while Stevie Frail’s side will take on San Marino at Mourneview on Saturday looking for a first win from their final qualifying match and with their chances of making the elite round all but over.

The Slovakians took the lead on 11 minutes when Tomas Filipiak scored for the visitors, but the home side were soon on level terms. Ethan Galbraith was fouled in the box by Fojtíček. Up stepped Reece McGinley who made no mistake with a well hit penalty low into the bottom right hand corner.

In the second half, Murcko got the first of his goals on 65 minutes rising well to place an excellent header past Parker in the Northern Ireland goal. However, Northern Ireland responded immediately and just 60 seconds later were back level. A cross across the box was met by Maurice Chambers who smashed a left footed shot first time into the top corner.

Then it got even better for the home side. Leo Brown almost got to a fantastic through ball but the Slovak keeper got there just ahead of him. However, following up was the excellent Reece McGinley. He showed vision and skill to hit a superb lob from distance to put Northern Ireland ahead for the first time in the game.

However, just when it looked like a famous win was on the cards the Slovaks got two goals in quick succession. Murcko showed excellent finishing qualities to score in the 77th minute and then got a well-taken winner deep into added time.

Huge disappointment for Northern Ireland, but on this showing, there is plenty more to come from this crop of talented young footballers.