Defender ready to fight for regular spot in team 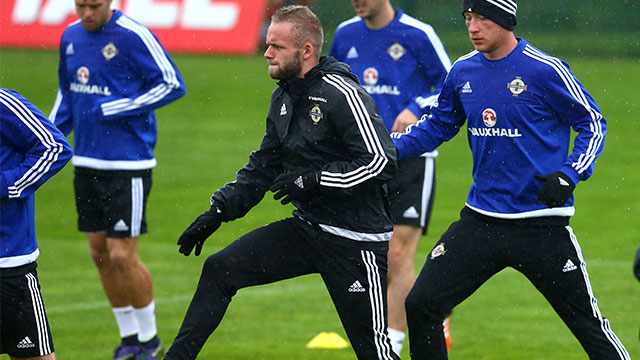 DEFENDER Ryan McLaughlin admits he is now feeling fitter than ever and ready to finally stake a claim for a regular place in Stephen Robinson’s Oldham Athletic side.

The 21-year-old arrived at Boundary Park on a one-year deal last month but has made only one start for the League One outfit to date.

“I had no pre-season so have been playing catch-up over the past month,” said McLaughlin, who has two full International caps, “but I do feel fit now and want to get more minutes.

“I just need to be playing regularly and at the start here I wasn’t fit at all, but now I feel great.”

The Latics are away to Coventry City this weekend but McLaughlin feels the club are on the way up despite a slow start to the campaign.

“It has been very positive,” he added, “We should have definitely beaten Shrewsbury and hit the post against Walsall when we probably should have won as well.

“There is a good feeling about the place and we all feel we can do well this season. We won't put too much pressure on ourselves, but we are aiming as high as we can.”

Meanwhile, Caolan Lavery is ready to make his Sheffield United debut against Peterborough United tomorrow after turning out for the Blades under-23 team in midweek.

“He had an hour in the under-23’s so he’ll be involved at the weekend,” confirmed United boss Chris Wilder, “He’s worked really hard with the conditioners and also with them on his own.

“He’s trained with the first team too, though he still won’t be 100 percent up to speed.”

In League Two Accrington Stanley striker Billy Kee is looking forward to the intriguing visit of promotion-chasing Portsmouth to the Wham Stadium on Saturday afternoon.

“They are the biggest club in the division, along with probably Luton, and we owe them one after last season,” said Kee, who has scored three goals in seven appearances this term.

“Even though we have some new players now we will be letting them know about last season as they did a job on us.”

Stanley should have Northern Ireland under-21 striker Shea McCartan back in contention after missing last week’s 2-0 success at Notts County with a dead-leg.

In Scotland, Joe Gormley, on-loan at St.Johnstone from Peterborough, will be hoping to make his debut for Tommy Wright’s side after scoring twice for the under-20’s in the 3-2 win at Partick Thistle on Tuesday evening.

In-form Liam Boyce, who has bagged six goals in his last four outings, will be hoping to add to that tally as Ross County make the difficult trip to Ibrox to face a Rangers side still smarting from their 5-1 drubbing to Celtic last weekend.