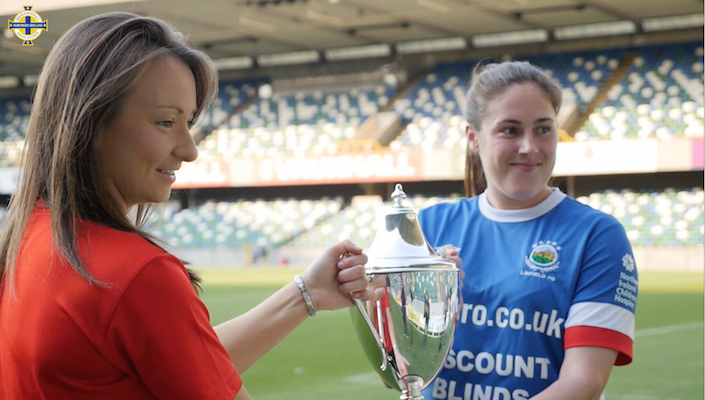 Cliftonville go into the game as the current holders and will hope to retain their trophy where as Linfield will be looking to complete the double after being crowned league champions.

Cliftonville Ladies captain Tiarna McKenna believes having the Cup final at the National Football Stadium at Windsor Park will make it a night to remember, she said: "We finished second place behind Linfield which brings together an exciting cup final.

"It'll be a fantastic night here, it's something you dream of as a kid growing up, it's not just a boys thing, it is certainly for girls too growing up playing football, this is where you want to be."

Linfield Ladies captain Sarah Venney agreed with McKenna and is eager to complete the double for Linfield, she said: "It's been brilliant season for us so far, probably the most successful in our history but the season is far from over with the Irish Cup final.

"It would be unbelievable to win this one, the girls have their eyes firmly set on this one. We have been training hard and working hard and we want to come out here and show the talent in the team and show how we can play and come away with the victory."

If you want to come and watch the Women's Irish Cup Final, you can purchase your tickets here.