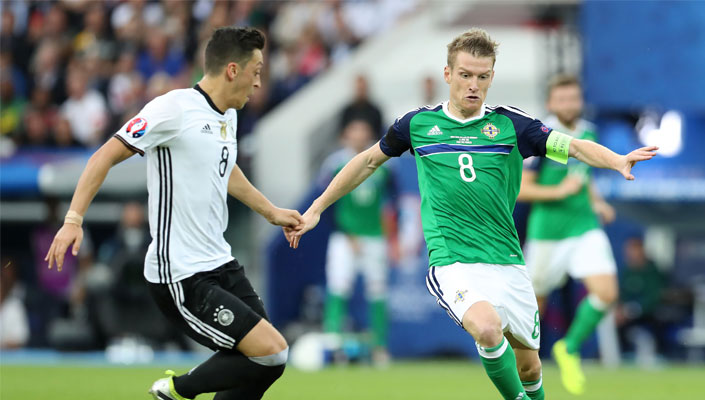 Three thousand went on sale this morning at 10am via Ticketmaster and were gone in an hour.

The new National Football Stadium at Windsor Park will be officially opened on 8th October with a new capacity of 18,500.

Two thousand single-match tickets will go on general sale ahead of each of Northern Ireland’s World Cup qualifying matches.

The remaining tickets will be allocated to visiting teams’ fans, to the Irish FA’s commercial partners and to VIP hospitality packages.

Hospitality options for the Tennent's Billy Bingham Lounge and Danny Blanchflower Lounge are also available to purchase – you can log on at www.irishfa.com/myaccount to see availability or email tickets@irishfa.com for further information.

Special access campaign cards are still available to purchase. Supporters can buy these by contacting the Irish FA directly by emailing tickets@irishfa.com.