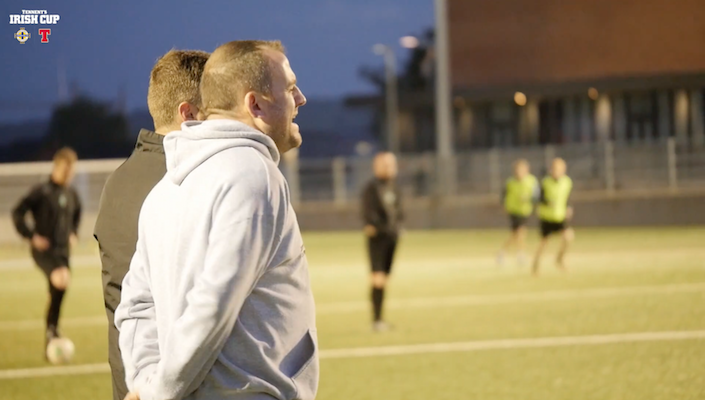 The Tennent's Irish Cup continues on Saturday with no fewer than 29 Second Round games being contested up and down the country.

The 'tie of the round' sees Newry City AFC welcome Newington to The Showgrounds in one of two all-Premier Intermediate League clashes.

Conor Crossan's Newington progressed after a 3-2 defeat of Bangor in the opening round while City banged seven goals without reply past Oxford Sunnyside.

Indeed, it has been an encouraging start to the campaign for Darren Mullen's side, currently undefeated in the league, and already into the semi-finals of the Bob Radcliffe Cup after a convincing victory last weekend over Tandragee Rovers.

Newington, on the other hand, are going through something of a sticky patch. After a storming opening few weeks they have stuttered in recent outings having not won in five games although a draw away Limavady United - one of those tipped for the title - despite finishing with ten men points to better times ahead.

The other all PIL clash throws Queen's University and Lisburn Distillery together at The Dub, kick-off 3pm.

The Students have yet to clock up a first league win this season but that form is very different when it comes to cup competitions. Dromore Amateurs were demolished 14-0 in the last round while, in the Steel & Sons Cup, Peter Thompson's men have progressed to the quarter-finals.

But that won't worry The Whites. They swept past Rosario last time out and, just two weeks ago, cruised to a comfortable 4-1 defeat of Queen's in the league.

Tobermore United will be looking for instant revenge against Desertmartin after losing to the same opponents last Saturday in the Craig Memorial Cup while there's an intriguing clash at the Mid-Ulster Arena as Sofia Farmer welcome Limavady United.

Of the other Premier Intermediate League sides still in the competition. Dundela face a challenge away to Barn United with Sport & Leisure Swifts entertaining St. Patrick's YM at Glen Road Heights.

Please note, both Richhill AFC and Windmill Stars progress to the third round after their opponents (Nortel and Donard Hospital respectively) withdrew from the competition.