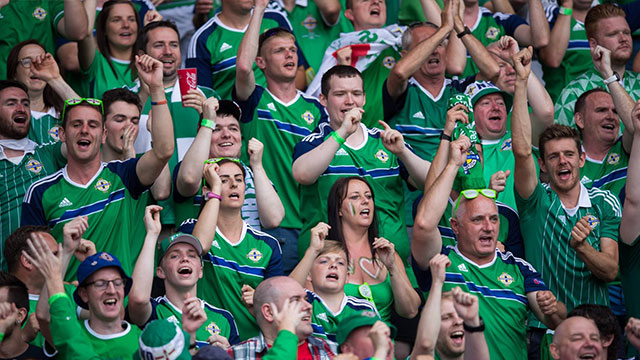 Northern Ireland fans are to receive an award from UEFA following their outstanding contribution to UEFA EURO 2016.

The Executive Committee of UEFA reviewed the tournament and has decided to give an award to the Irish FA as well as the football associations of Iceland, Republic of Ireland and Wales.

Each association will be presented with a commemorative plaque on the occasion of one of their upcoming home European Qualifiers played in October.

“UEFA EURO 2016 was a celebration of football and this is thanks in large part to the passion and dedication of fans at all stadiums in France.

"UEFA wanted to reward some of the groups of supporters that were particularly enthusiastic and passionate during the tournament so congratulations to the national associations who are receiving this award.”