Frail on "easy decision" to work for Northern Ireland 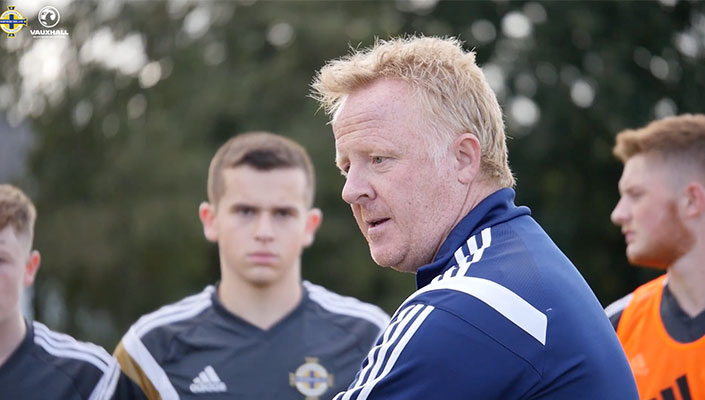 Stephen Frail says to become the U17 & U19 Northern Ireland manager is a fantastic opportunity to work with International elite players.

Frail was previously a scout at Bolton but spent seven years before that as the Development Squad Head Coach at Celtic and has also worked for various Scottish clubs.

The Scotsman was first offered the job by Senior International manager Michael O'Neill and recalls the events that led up to his appointment, he said: "I left Hearts and went to Celtic and had seven years there.

"I then left Celtic last September and went with Neil Lennon to Bolton to do some scouting. When Neil left, I left in the summer but I then had a phonemail from Michael O'Neill asking if I would be interested in being the U17 & U19 coach and it was an easy decision to make."

And when quizzed on why it was an easy decision, Frail added: "It's an easy decision to make because of the love of the job, I enjoy coaching, it's where i want to be working with young elite football players which I believe we've got.

"To get back into football you take any job, you'd take anything to get back in. But this isn't any other job. It's a fantastic job, a fantastic opportunity for myself personally to work at international level."

The U17s began their Euro qualifiers against Spain on Monday with a 4-0 defeat but still hold hopes of qualifying for the Elite Stages as they face Slovakia on September 21 at Seaview, Belfast (KO 7:30pm) and San Marino on September 24th at Mourneview Park, Lurgan (KO 3pm)