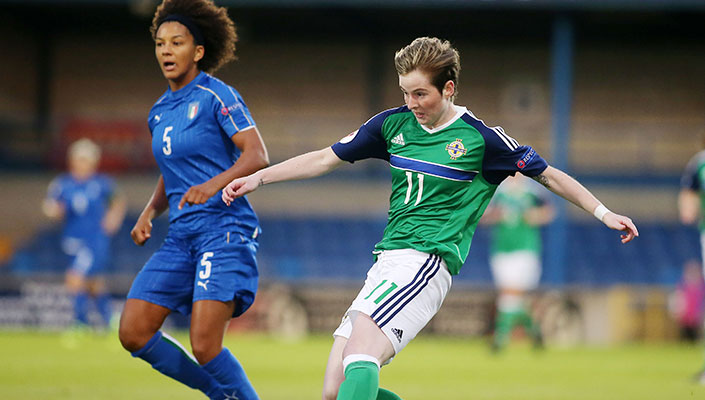 Northern Ireland couldn't end their home UEFA Euro2017 qualifiers on a high as they lost 3-0 to Italy at Mourneview Park.

Goals on the stroke of the half time and full time whistle from Cristiana Girelli and an Melania Gabbiadini header separated the two sides & means the Women will finish 4th in Group 6 unless they get a win in Switzerland on Tuesday in their final qualifier and other results go their way.

But despite the scoreline, it was a proud day for Sarah McFadden who earned her 50th cap for Northern Ireland and also led out the team in the absence of suspended captain Marissa Callaghan.

The first chance of the game fell to Italy as Barbara Bonansea shot with space from just outside the area but was only able to pull a good low save out of Northern Ireland keeper Emma Higgins.

The hosts replied with their first effort on target just before the half hour but Kirsty McGuinness didn't have enough power to lob her effort over Italy keeper Laura Giuliani.

With a tight first half coming to a close, Italy would make take one of those few chances to move into a 1-0 lead at half time. A cross the left found Girelli in the box who tapped home from six yards past Higgins.

The second half also saw few chances with Italy threatening after 66 minutes as they headed against the crossbar. With their next header they wouldn't miss the chance to double their lead.

A cross from the left found the head of Gabbiadini whose effort went past Higgins with 14 minutes remaining. Italy would then make it three right on the referees full time whistle as Girelli grabbed her second of the night. 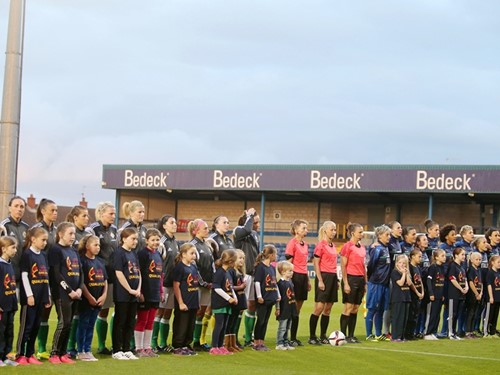 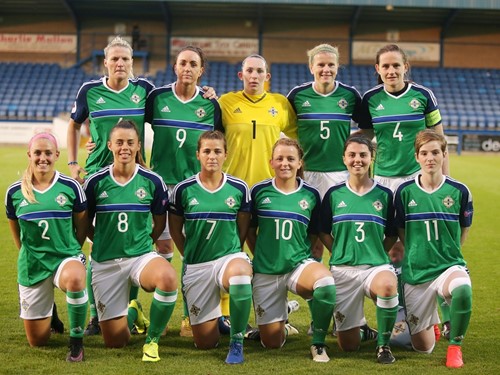 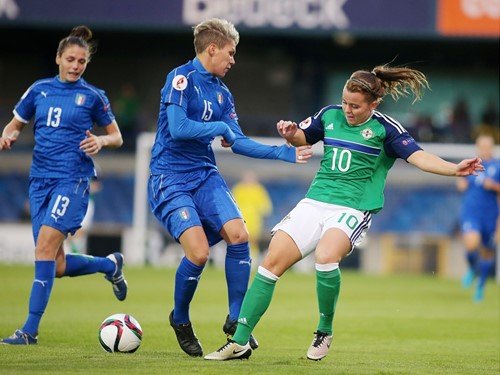 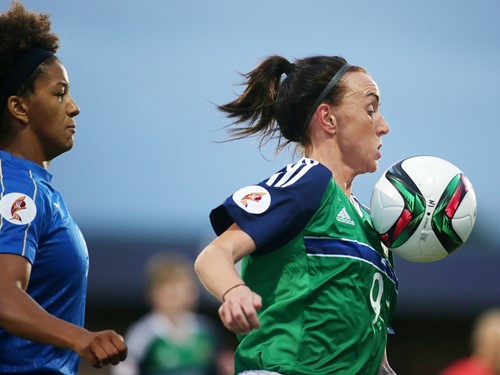 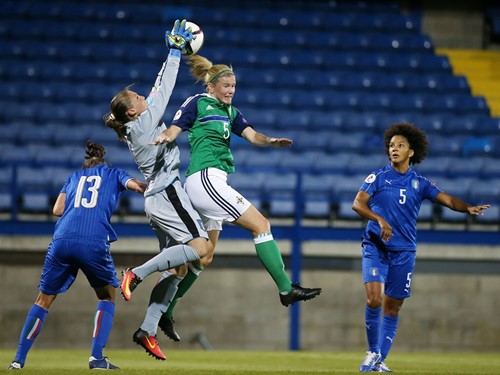 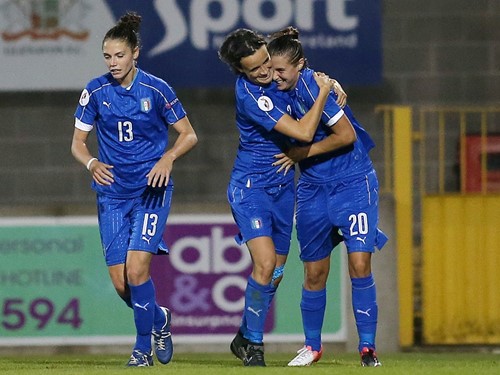 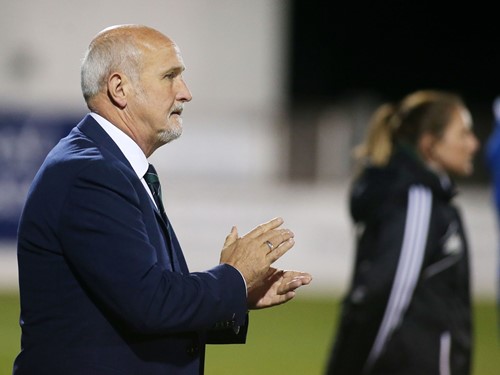 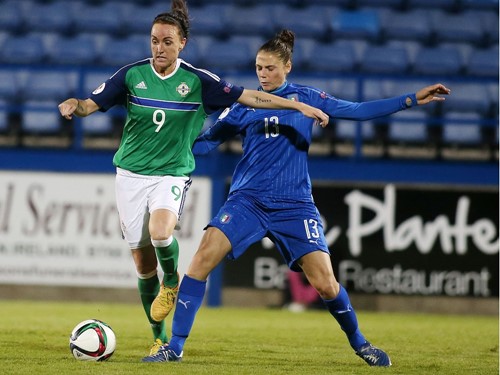