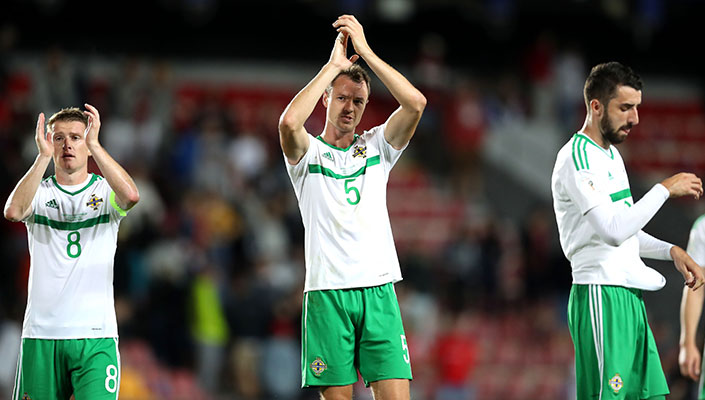 The Northern Ireland players had to dig in and put their bodies on the line to secure a point against the Czechs tonight, according to Jonny Evans.

Evans, who had another great performance at the heart of the defence alongside Gareth McAuley, said the team had defended from the front and worked their socks off in the opening fixture of the World Cup 2018 campaign.

He also said the team had counter-attacked well in the first half but ran out of steam a little in the second period.

See above for his full interview with Irish FA TV.