Cooper has confidence ahead of U21 qualifier 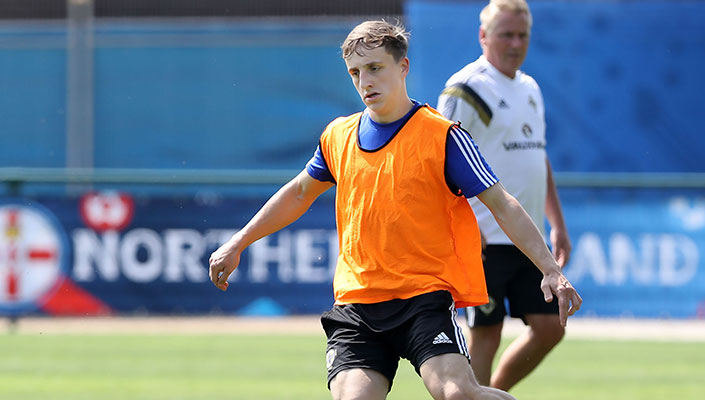 Cooper plys his trade at Danske Bank Premiership side Glenavon and will be on home turf as the Under 21s face Iceland at 7pm.

Although they sit bottom of Group C in qualifying, the 20 year old is holding onto confidence from their previous tie which earned them an away point.

He said: "Iceland are a good side, we took a point off them away and i thought we could have won the game. In most games I feel we have been in them and could have won so we go in confident."

Cooper also shared on his dream experience as he travelled to UEFA Euro2016 to train with the Northern Ireland senior squad in France with Linfield striker Paul Smyth.

Speaking on the lessons he learnt from that time he said: "It just showed me what (full time football) is about as I want to push onto that level.

"I'm playing part time at the moment but it gave me an insight into full time football and how players train, prepare themselves for games and it opened my eyes."

To hear more from Cooper, watch the video above.