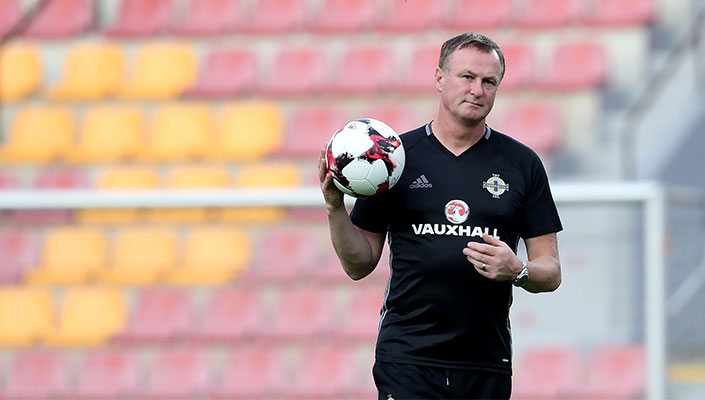 Northern Ireland are in a “good place” in terms of confidence as another qualifying campaign gets under way, according to Michael O’Neill.

In an interview with Irish FA TV, the Northern Ireland boss said he senses “an edge” to the squad as they prepare for their first World Cup 2018 qualifier against Czech Republic in Prague.

He pointed out Euro 2016 had been a great experience for the team back in the summer but no-one is being complacent in its aftermath.

He insisted: “There’s not just a sense of we’ve achieved something and we can sort of relax a little bit. There’s an edge to the squad still to make sure this campaign has as many highs as the last one.”

Michael admitted the team are in a tough qualifying group alongside world champions Germany, Czech Republic, Norway, Azerbaijan and San Marino but stressed they will be as competitive as possible. And he promised: “We will fight for one of the top two spots in the group.”

The manager also said it would be “huge” for Northern Ireland if they registered a similar result against the Czechs to the away win against Hungary which kick-started the successful Euro 2016 qualifying campaign.

Hear more from O'Neill above.