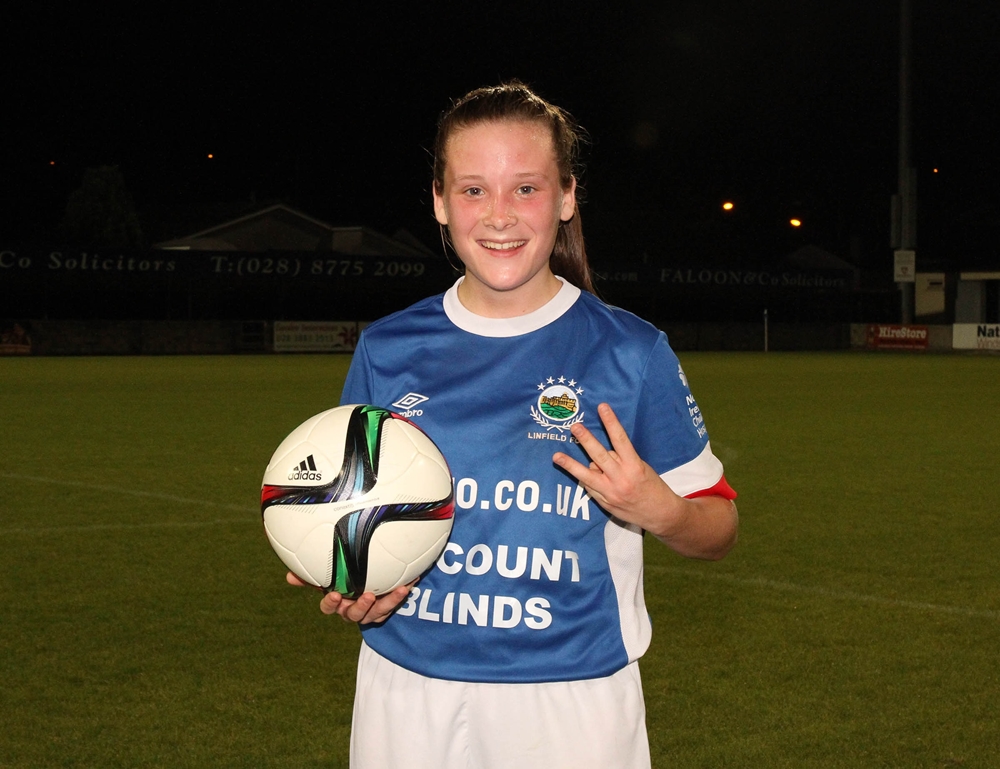 Celine Curtis and Megan Bell (pictured) grabbed the headlines on a scoring night of semi-final action in the IFA Women's Challenge Cup as Cliftonville Ladies and Linfield Ladies booked their places in the decider on the 23 September at the National Football Stadium at Windsor Park KO 19:45.

The 15-year-old grabbed all three goals for the newly crowned league champions to set up a decider against defending cup holders Cliftonville Ladies later this month.

Bell got the ball rolling as early as the fourth minute after collecting a pass from Sarah Venney before darting down the right flank to fire beyond the reach of Newry 'keeper Caoimhe Callaghan.

The Blues doubled their advantage just short of the half-hour mark after Kirsty McGuinness crossed into the box for Bell to flick the ball home.

Then, on 36 minutes, it was 3-0. On this occasion Bell was brought down from behind as she entered the area and, after composing herself, duly stepped up to convert from the spot to lay claim to the match ball.

There were no further goals after the break but both Bell and McGuinness were thwarted by the alert Callaghan.

Nikita O'Neill opened the scoring for the Reds after a quarter-of-an-hour with a shot from inside the six yard box.

Then, not long after, Marissa Callaghan added a second with a well taken header that left City 'keeper Molly McBride stranded.

The scoring continued on 26 minutes through Celine Curtis' delightful lob from fully 25 yards.

Indeed, Curtis took over scoring duties after that, hitting three more in the second half to cement Cliftonville's dominance.

On 77 minutes she made it 4-0 after springing the offside trap while, moments later, she bagged her hat-trick from the spot.

But she wasn't content with that and added a fourth - and Cliftonville's sixth - with a well struck effort from inside the area. 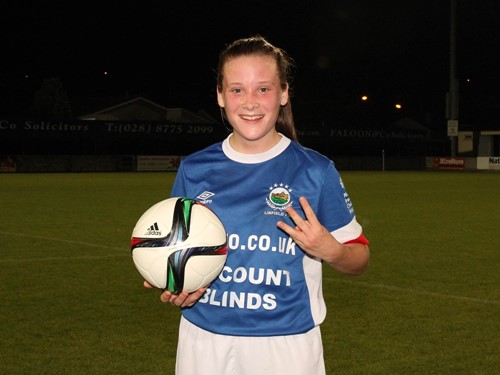 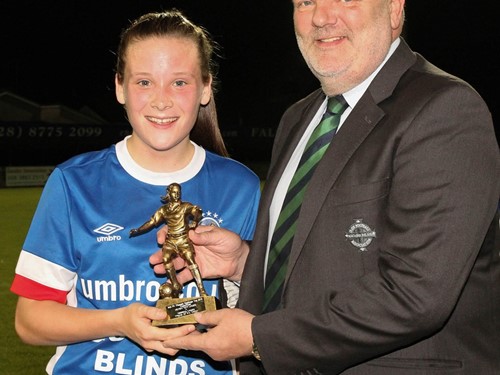 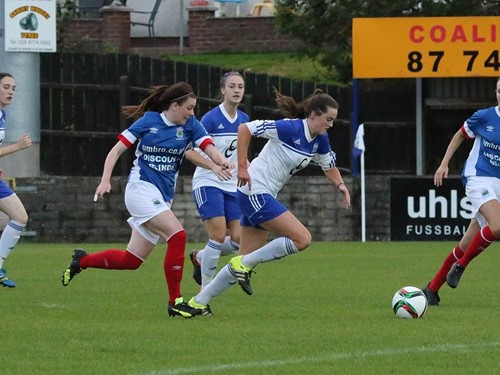 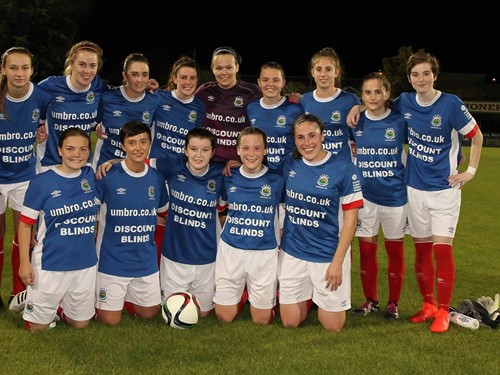 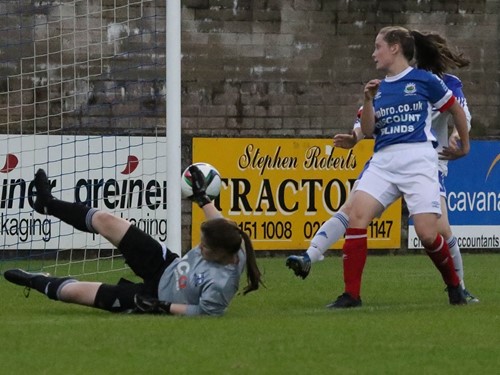 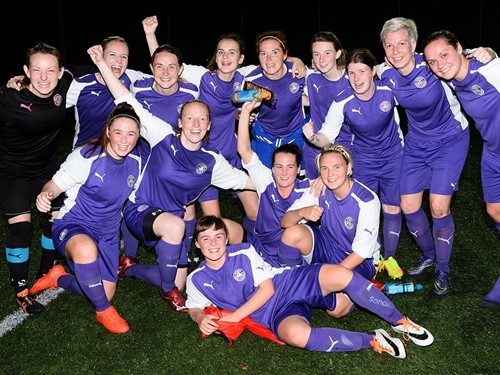 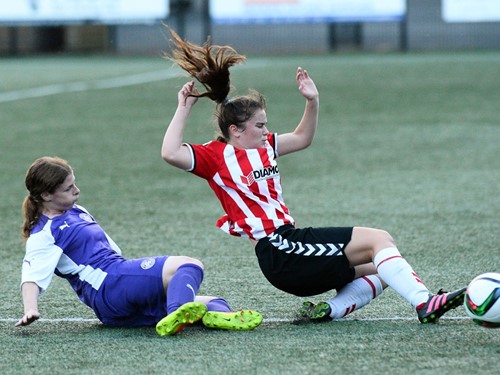 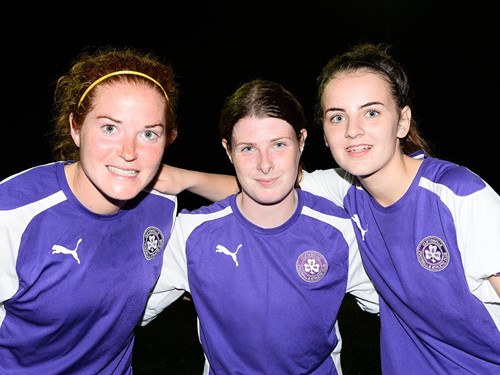 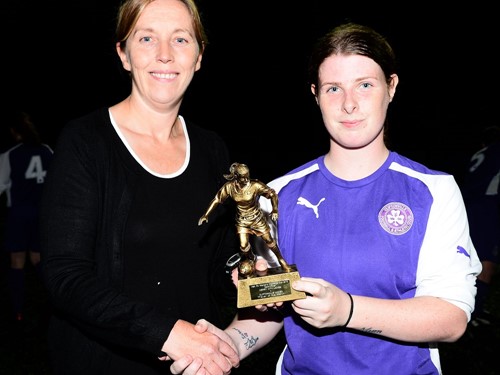 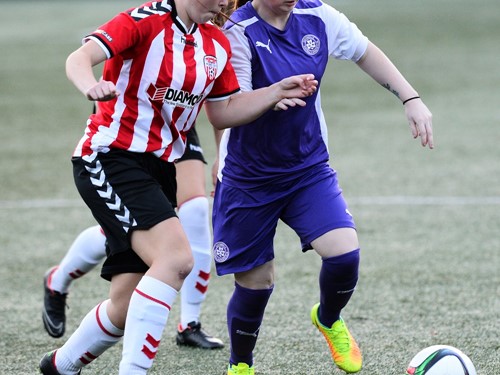