Under 17s aim for the Elite Stages 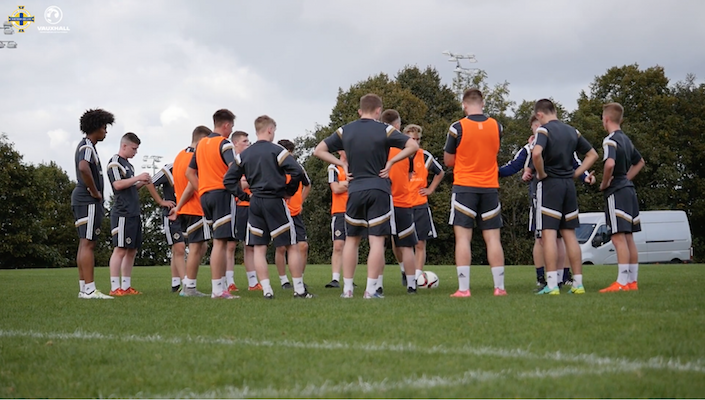 Northern Ireland Under 17s believe they can make the Elite Stage but will first have to go through Spain, Slovakia and San Marino.

The mini-tournament kicks off on September 19th at 7:30pm when they host Spain at Mourneview Park. On how they will approach this tournament, midfielder Caolan Boyd Munce said: "Against Spain they'll keep the ball and we'll try to setup more defensive. We will make it hard for them to break us down and play on the counter."

"The rest of the games we should aim to go and attack and we will hope to take full points from them both."

Midfielder Luke Ferguson also shared the magnitude of the mini tournament, he said: "It's the Euro qualifiers, probably one of the biggest weeks of the players life. Hopefully we will qualify, thats the aim but the most important thing is to go and enjoy it."

Hear more from Boyd Munce, Ferguson and defender Niall Owens about the importance of fan support and the effort the team puts in behind the scenes by watching the video above.