Games against the Czechs are usually tight affairs 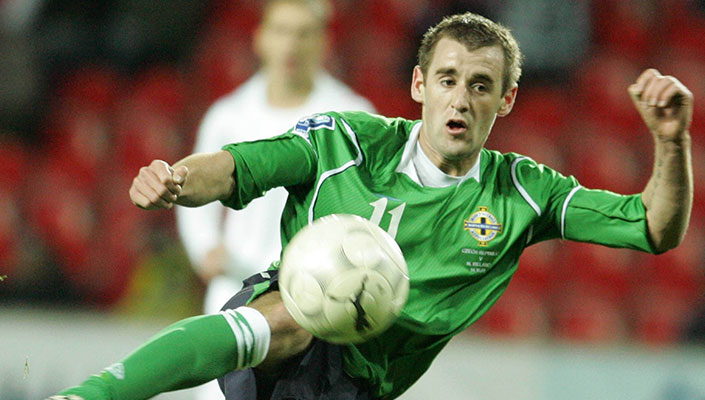 The last contest was in October 2009 when Nigel Worthington’s charges secured a point in a scoreless World Cup qualifying match in the Czech capital.

There are only five survivors in tonight’s squad from that game: Gareth McAuley, Ryan McGivern, Steven Davis and Niall McGinn, who all started that match, and Alan Mannus, who was an unused substitute. During that World Cup campaign Northern Ireland also drew 0-0 with the Czechs in Belfast.

Northern Ireland’s only other visit to Prague to play the Czech Republic was also for a World Cup qualifier. That was in June 2001, a game which they lost 3-1.The consolation goal for the visitors came from Norwich City midfielder Philip Mulryne. The Czechs also won the reverse fixture by a 1-0 scoreline.

Michael O’Neill’s side, who will still be on a high after EURO 2016, have an excellent defensive record of late having not conceded more than one goal in a match since losing 2-0 to Romania back in November 2014 - a run of 17 games.

During that run they have kept a total of six clean sheets and scored 19 goals, while the Czech Republic’s 3-0 victory over Armenia on Tuesday night was the first time they managed to keep a clean sheet in 25 international outings.

If either of the two uncapped outfield players still remaining in Michael O’Neill’s panel manage to find the net tonight it will be the first time in 15 years that a player will have scored on his International debut.

The last occasion it happened was on 5th September 2001 when Sunderland defender George McCartney was on target in a 3-0 World Cup qualifying win over Iceland at Windsor Park.

Prior to the creation of the Czech Republic in 1993, Northern Ireland took on Czechoslovakia twice and both games were actually played as part of the 1958 World Cup in Sweden. And Northern Ireland won both games - 1-0 (with a Wilbur Cush goal) and 2-1 (with Peter McParland grabbing both).