Defender moves to the Seagulls 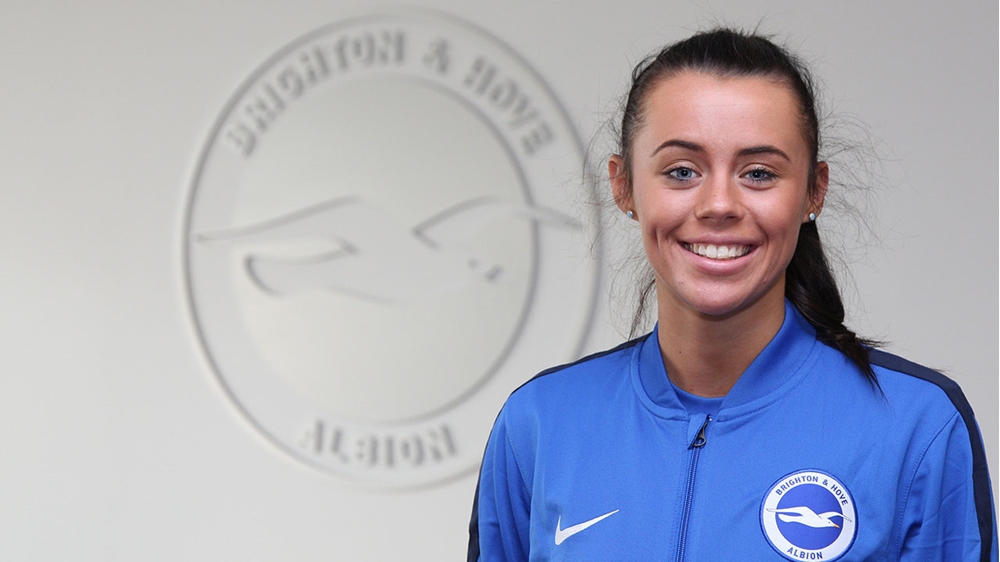 Rafferty has signed ahead of the Spring Series which begins at the start of next month and explained why she chose the Seagulls: "Brighton gave me an offer that was really hard to refuse such are the ambitions of the club.

"When I went to visit I saw the great facilities. It is a family orientated club and they valued me. It just felt right when I was there and the manager and the team were all really great so from that I knew I wanted to be there.

"Brighton is also local to me which means my family can come down which is a big pull to me. The publicity surrounding Brighton is also massive as we have just signed (goalkeeper) Emma Byrne and she is a great addition. This season we hope we will be pushing for promotion."

The defender previously played for Chelsea Ladies but found game time limited. She knows that this move to Brighton will benefit all parties, including Northern Ireland, as she hopes to build on the 15 caps already to her name: "I had been there four years and needed something new and need to be playing.

"I learnt a lot from there and now it is time to go on the pitch and show what I have learnt and perform for myself. I want to be playing when I am young so that when I am 24 or 25 I am reaching my peak.

"It will be massive for my international football career too. I'll be getting more regular playing time which will help my fitness ahead of the Women's World Cup qualifiers.

"We have high expectations for that so we have to be in the best physical and mental shape and I believe Brighton as a club will help me to do that."

Rafferty was part of the Northern Ireland team that beat Portugal 1-0 away last week and believes that win will help the team kick on for the rest of 2017. She said: "We have a winning mentality now after a result like that against Portugal.

"We can all take that confidence with us knowing that we can give anyone a game and can get a result out of it. We have high hopes going into the games."