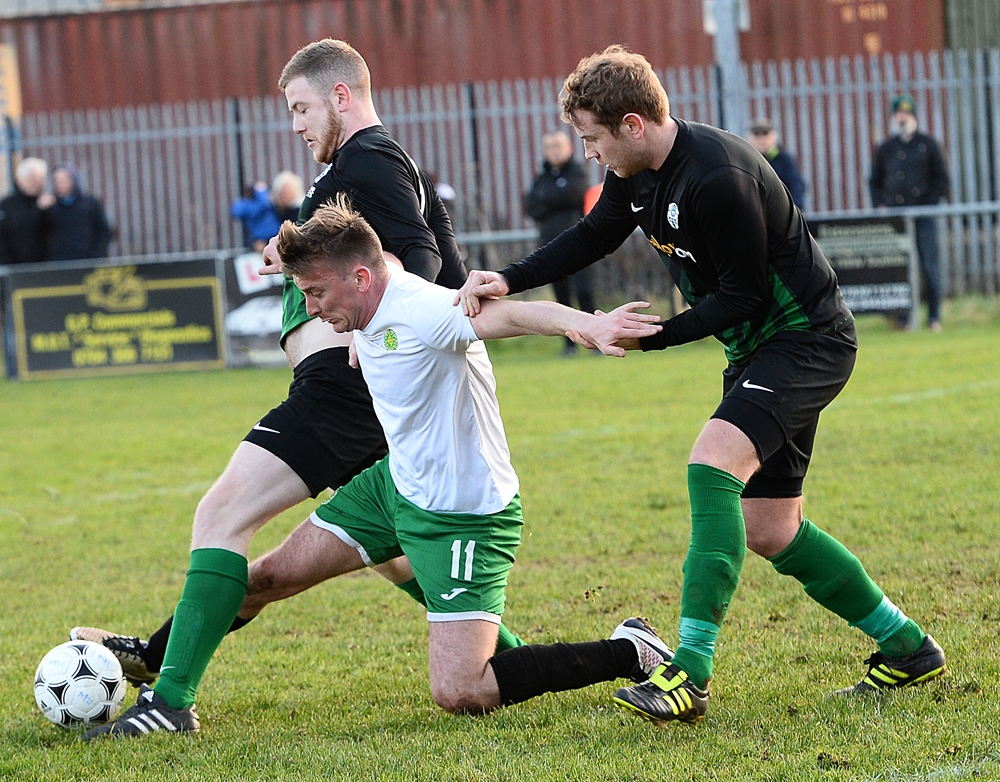 The draw has been made for the fourth round of this season's Irish FA Intermediate Cup.

The eight games will be played on Saturday 11th February (kick-off 1.30pm).

Limavady United v. Crumlin Star has been named 'tie of the round'.

Caption: Action from Donegal Celtic's 5-2 defeat of Malachians in the third round (Picture: Gary Hancock).