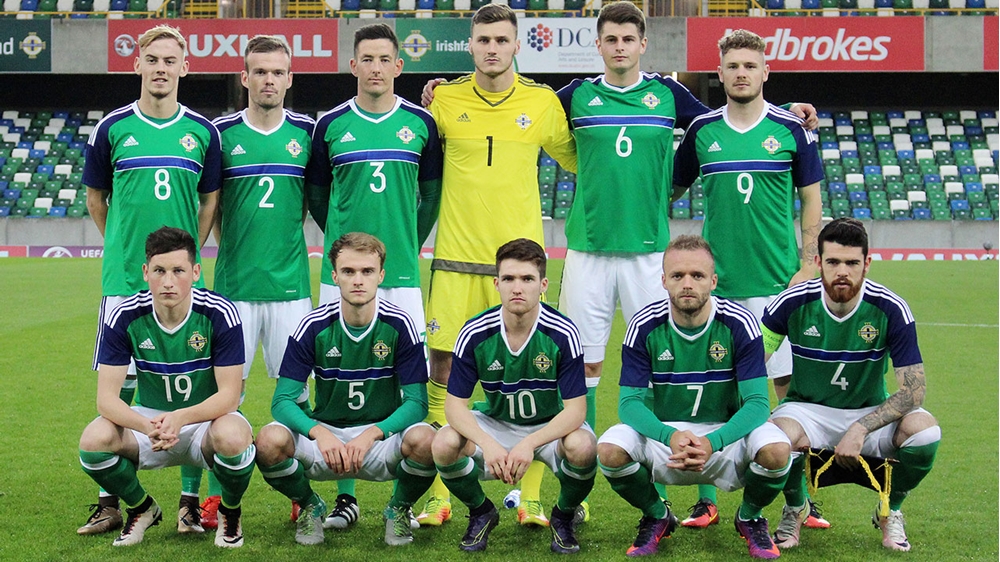 Northern Ireland’s U21s have been drawn to face Spain in the qualifiers for the 2019 UEFA European Under-21 Championship.

Spain have great pedigree in the competition, having won it outright as recently as 2011 and 2013, with their squads in those years featuring players like Manchester United keeper David de Gea and midfielders Juan Mata and Ander Herrera, Real Madrid’s Alvaro Morata and Isco, Bayern Munich’s Thiago Alcantara and Koke of Atletico Madrid.

The nine qualifying groups for the 2019 UEFA European Under-21 Championship - it will be staged in Italy and San Marino - were decided yesterday via a draw at UEFA’s HQ in Nyon, Switzerland.

Joining Northern Ireland and Spain in Group 2 will be Slovakia, Iceland, Albania and Estonia.

The fixture list for Northern Ireland has been sorted but the venues for all the games have still to be confirmed.

Northern Ireland’s first qualifier for 2019 will actually be staged before the 2017 finals get under way this summer.

Poland is hosting the 2017 UEFA European Under-21 Championship from 16 to 30 June but the first 2019 qualifier for Northern Ireland will see them take on Estonia away on 8 June.

Then the U21s will face Slovakia away on 5 September before hosting Estonia on 10 October. Their final fixture of 2017 will see them travel to Albania for a game on 10 November.

Spain, the top seeds in the group, are due to visit Northern Ireland on 22 March next year and four days later Iceland will be here.

The return fixture in Spain is set to be played on 11 September 2018 and then the U21s will complete their campaign against Iceland away on 11 October and Slovakia at home on 16 October.

Northern Ireland will be hoping to bounce back from a poor campaign in the 2017 qualifiers. They only managed two draws from their 10 games, losing the rest, and finished bottom of a group which was won by Macedonia. France finished runners-up, while Iceland were third in the group.