The Northern Ireland under 18 team’s preparations for this season’s Centenary Shield will start with a home game against Australia at Seaview in Belfast on Monday 23 January (3pm KO).

Manager Frankie Wilson has selected an 18 man squad for the game and has put an emphasis on the strength in depth needed to be successful for the year;

“It was a hard decision to select the 18 man squad as we have had 22 training every Sunday for the last few weeks with all players pushing to represent their country.

“As the campaign will last into April we know that we will need all players challenging for positions if we are going to lift the Centenary Shield this year.

“I feel that Australia will be a tough test for the team. We have prepared differently this year by scheduling more matches in preparation and putting the players up against more physical teams as we feel that this will be key, especially in away games to England and Wales.”

After the match with Australia the squad will travel to Jersey to play two more games before hosting a fixture with Republic of Ireland on 2 March.

The U18 international squad for the Australia game: 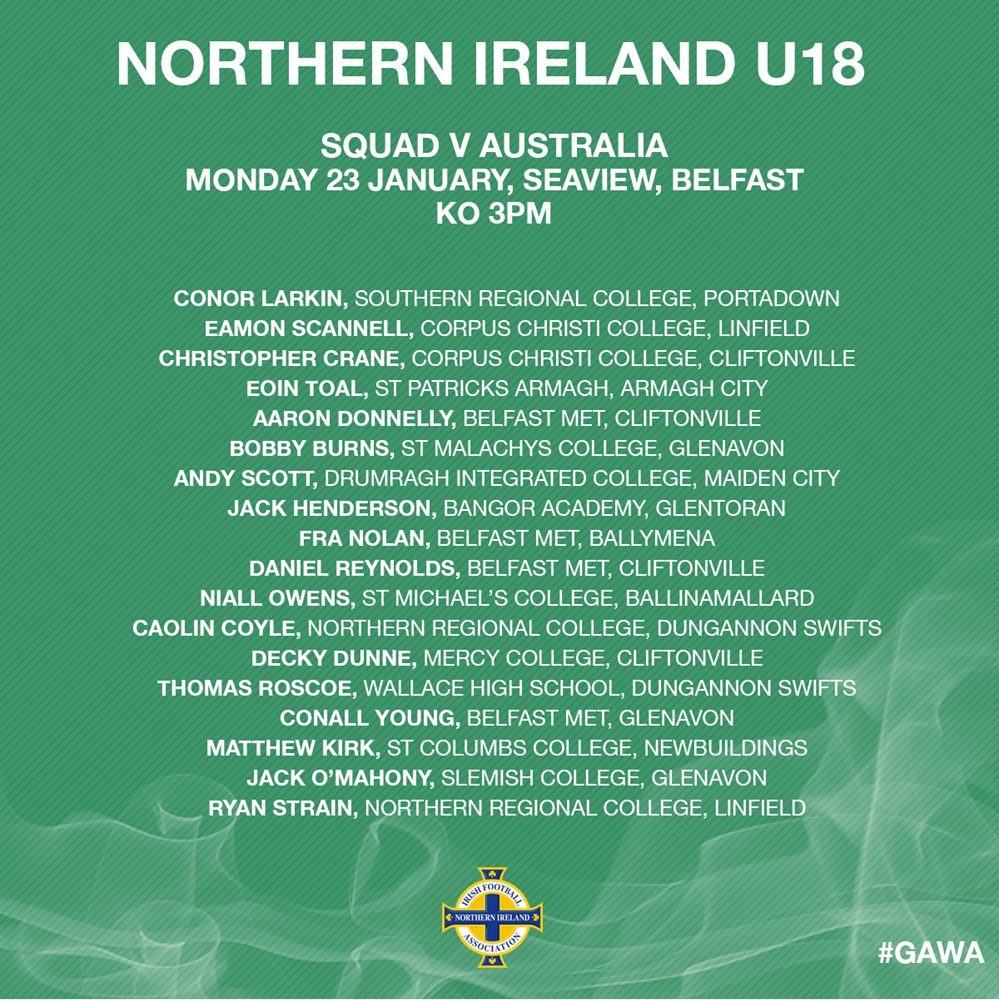