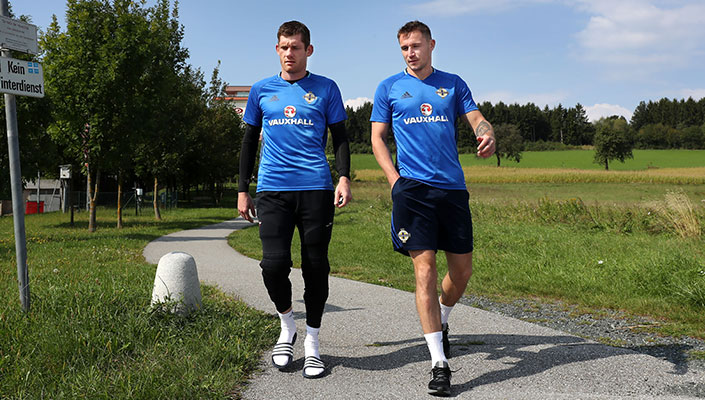 CENTRAL defender Callum Morris has joined Dunfermline Athletic until the end of the season following his release from Scottish Premiership side Aberdeen.

The 26-year-old only signed for the Dons in the summer from relegated Dundee United but during his six-month stay at Pittodrie he failed to make a single first-team appearance for the Derek McInnes side.

This will be Morris’ second spell with the Pars; he first signed for the Scottish Championship club in August 2012 where he scored four goals in 68 appearances before a brief spell at Dundee United.

“He is a player we all know very well and recognise the quality he possesses,” Athletic chairman Ross McArthur told the club website.

Morris, who was born in Newcastle, earned a first call into Michael O’Neill’s Northern Ireland squad for the opening World Cup qualifying game against the Czech Republic last September, though he has still to win his first senior cap.

The defender will not be available for today’s Fife derby with Raith Rovers at Kirkcaldy as he will not join the Dunfermline squad until 9 January.