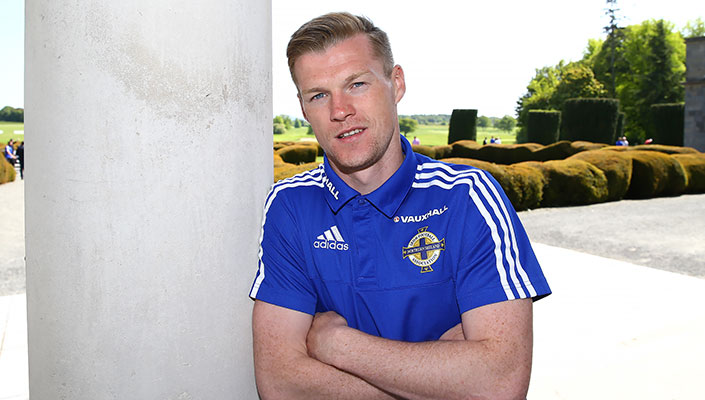 Scottish Premiership side Inverness Caledonian Thistle have signed Northern Ireland striker Billy McKay on loan from Wigan Athletic until the end of the season.

The 28-year-old, who has 11 full international caps, had been on loan at Oldham Athletic this season but had his deal cut short with the League One outfit to enable him to return to Inverness whom he left in February 2015.

The Leicester-born forward, who began his career at his hometown club, had a prolific first spell with Inverness scoring 64 goals in 141 games before leaving the club two years ago to join Wigan for an undisclosed fee.

He returned to Scotland on loan last season to link up with Dundee United while this term he scored four goals in 33 appearances for Oldham in League One.

Inverness, who are currently bottom of the Scottish Premiership, are hoping to receive international clearance for McKay so he can play in tonight’s crucial league encounter at Hamilton.

The striker’s last appearance for Michael O’Neill’s side was in the 1-1 draw with Wales in March last year.