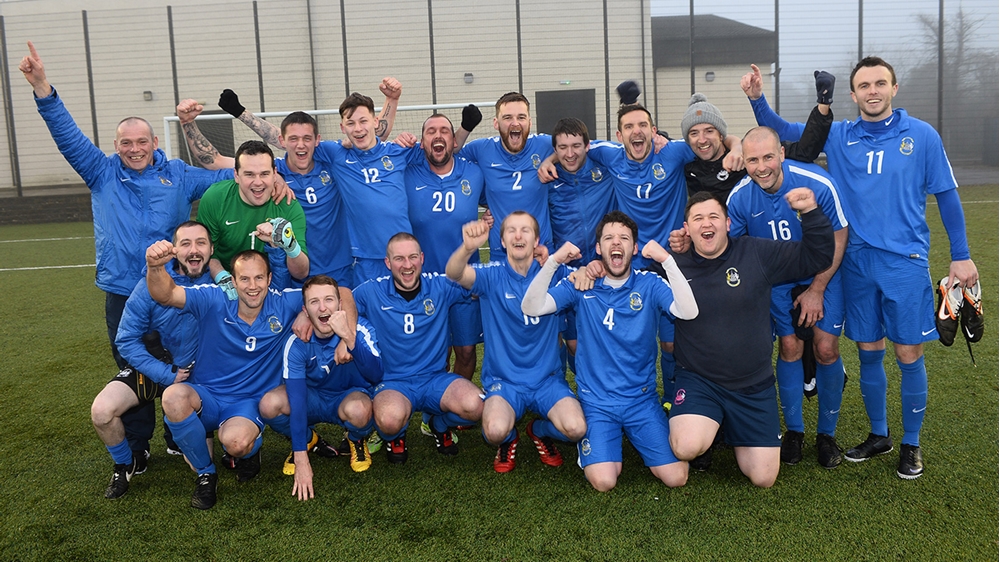 With Harryville Homers' long running stranglehold on the IFA Junior Cup broken there are no shortage of sides striving to step up to assume the mantle of Northern Ireland's junior kingpins.

And that quest takes another step forward on Saturday with 15 fourth round ties taking place up and down the country.

Hill Street, currently second in Mid-Ulster Division One, have been in blistering form thus far in the competition, bagging no fewer than 23 goals in the three games to get to this stage.

Indeed the Lurgan-based side will be looking to the twin threat of Kyle Cousins and Dwayne Kerr to once again provide the strike power that has seen the pair grab 14 of those goals between them.

However, they will find Enniskillen Town no pushovers. The Fermanagh and Western side have tasted defeat just once this season and will be hoping Frank Wallace continues the scoring form that helped him to a four-goal haul against Realta in the last round.

The runners-up over the past two seasons, Rosemount Rec, have been impressive as they seek a third successive berth in the decider.

The Northern Amateur League Division 2A leaders have swept aside Aghalee Village, Derryhirk United and Belfast Celtic YM so far this season.

In fact the Greyabbey side are undefeated in all competitions and will be strong favourites as they welcome Division 2C opponents Drumbo to their Island View Road ground.

Lisbellaw United, losing finalists in 2014, make the long trip to the outskirts of Ballymena to take on Ahoghill Thistle in what is sure to be an intriguing clash.

After losing the first two games of the season, Lisbellaw have gone on to win 10 out of their last 12 outings, drawing the other two, and have averaged six goals per game to reach his stage of the competition.

But Thistle have had an even more impressive season thus far, clocking up no fewer than 20 consecutive victories before coming unstuck against the aforementioned Homers in the Boxing Day O'Kane Cup decider.

Elsewhere, Strathroy Harps, the last side other than Harryville to actually win the trophy, face Limavady Drummond United in Omagh while Ballysillan Swifts - who knocked out the Homers' conquerors Rosario YC in the last round - host Woodvale on the 3G pitch at the local leisure centre.