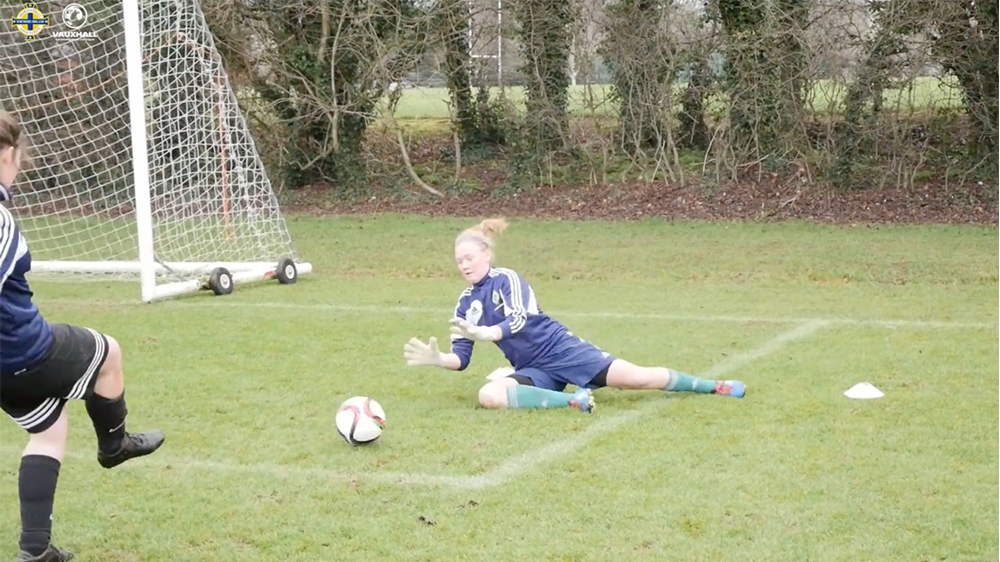 Northern Ireland Women's goalkeeper Jackie Burns believes 2017 is a year that they can "push on" after positive results in 2016.

The Women's side travel to Portugal to begin their year with two friendlies and will find out their opponents for the FIFA World Cup qualifying campaign at the end of April.

Burns, who now plays in America with Carson-Newman University in Tennessee, hopes 2017 is year where the Women's team continue their improvement: "As a squad we did pretty well during the last campaign (Euro2017 qualifying).

"To do as well as we did against the likes of Italy (where they led) it shows we are a good strong team and developing. In 2017 we want push on and just develop more as a squad."

Their first tests of the year are against Portugal who qualified for the Women's Euro2017 and Burns believes they can prove a challenge for their opponents, she said: "Portugal are a very strong team, they are ranked 38th in the world so it's going to be tough but we have moved up in the rankings as well, we are now 59th.

"It's going to be very tough for us to play against them but I think we can be good competition for them."